El Clasico – Barcelona vs Real Madrid: Lineup and how to watch the LaLiga match live in India? 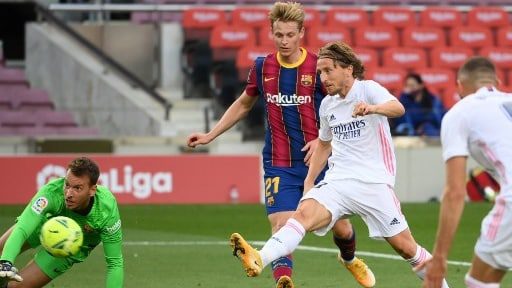 The first meeting of the two Spanish giants will set the trail for the rest of this season. Both the teams will fight for every inch as this is El Clasico, one of the most-watched matches in the whole world.

It will be the first time the fixture will be played without Lionel Messi or Cristiano Ronaldo. Despite those notable absences, this will be a derby that will have plenty of excitement, as it could be decisive for the future of both teams, especially for their coaches. Ronald Koeman, who is having a rough go as coach of Barcelona, and for Carlo Ancelotti a loss may bring some unnecessary heat on him to lose to a depleted Barcelona side.

When is the Barcelona vs Real Madrid LaLiga match?

The LaLiga match between Barcelona and Real Madrid will be played on 24th October 2021.

Which TV channels will broadcast the LaLiga match live in India?

Viacom 18 is the exclusive broadcasting partner of La Liga in India. So the match will be broadcasted live on the MTV India channel.

You can catch the live streaming of the Barcelona vs Real Madrid LaLiga match in India on VOOT Select.