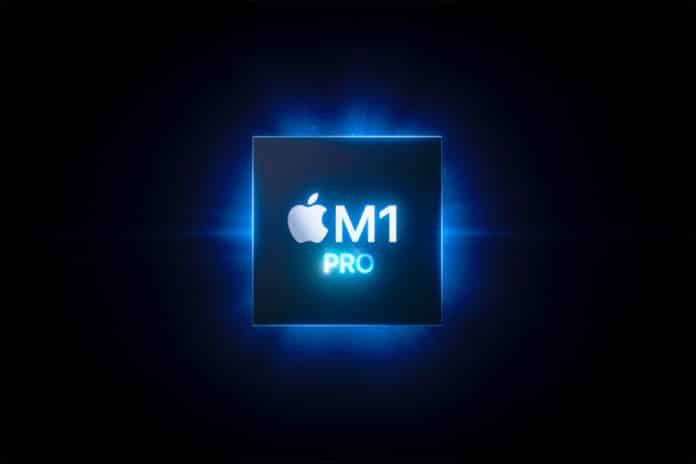 Apple is offering both the 2021 MacBook Pro 14 and MacBook Pro 16 as they come with an amazing selection of M1 Pro and M1 Max SoC configurations. The M1 Pro can be configured with either 8 or 10 CPU cores and comes with 14 or 16 GPU cores. But the cores depending on the MacBook Pro model chosen.

According to the latest Geekbench listings, we get the info that the 10-core M1 Pro is in action while some computer-related records have scores available for the chip with a 16-core GPU part. Of course, the M1 Pro outscores the older M1 Apple Silicon across the board, and this was expected of the new processor which comes with generally more CPU and GPU cores.

in the tests conducted for the M1 Pro, we get to see a score pattern of around 1,750 points for Geekbench 5 single-core and about 12,100 points for multi-core. This means that Apple’s new Silicon is at the top of the Geekbench Mac single-core chart and it wipes the floor with anything with an M1 in it in the multi-core chart.

In terms of graphics the M1 Pro was tested in both OpenCL and Metal and the M1 Pro, yet again destroys anything by the M1, and we are not surprised. The new chip from the Cupertino giant comes with a huge difference in GPU configuration.

The average Metal score for the M1 Pro with 16-core GPU over three separate records is 41,371 while a single entry reveals an OpenCL mark of 36,664 points. Those who want that level of graphics performance or higher will be better off selecting an M1 Max MacBook Pro.

- Advertisement -
Powered by JustWatch
Share
Facebook
Twitter
Pinterest
WhatsApp
Linkedin
Previous articleWhat is Ronaldo’s Net worth for the year 2021? How much does Cristiano Ronaldo earn per week?
Next articleArm’s latest next-gen architecture offers twice the performance compared to the current Arm Mali-G710 in FP32