FIFA 22: Road To The Knockouts – Everything you need to know about how the RTTK cards will upgrade 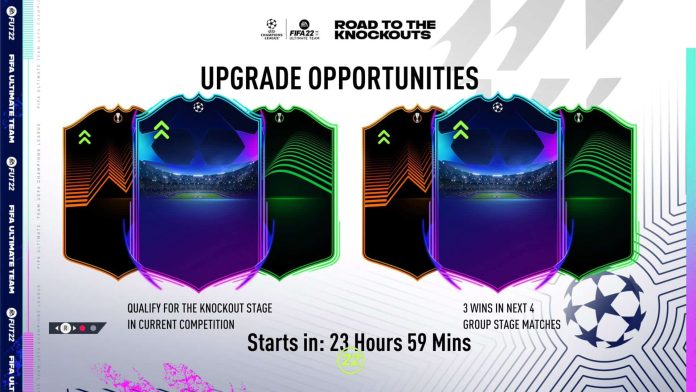 EA Sports are currently running the Road To The Knockouts promo on FIFA 22. They have released Team 2 of RTTK promo on 22nd October at 10:30 pm IST, 1 week after they released Team 1.

The Road to the Knockouts items are special upgraded Live Items in FUT 22 that have the potential to earn two further dynamic upgrades throughout the Group Stage of each tournament:

So, in addition to an initial upgrade for every player selected in Road to the Knockouts, players also have the potential to earn two additional upgrades during the Group Stages.

Firstly, if their team qualifies for the knockout stages of their current competition (teams who qualify for the UEFA Europa League from the UEFA Champions League are not eligible for this upgrade), and secondly if their club wins three out of their four remaining group stage matches in either of the three tournaments.