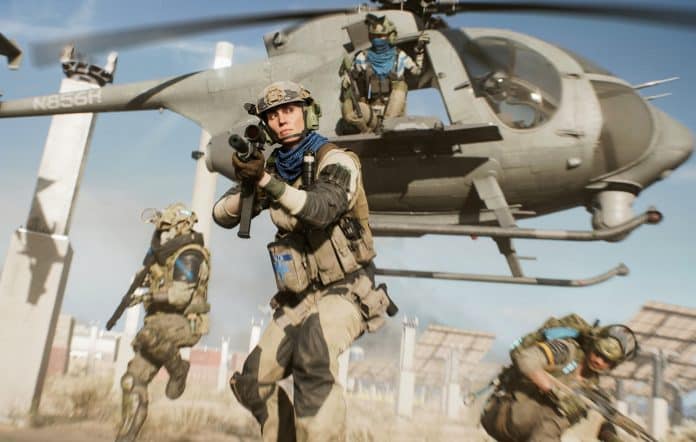 DICE has officially revealed the remaining five specialists for Battlefield 2042, whose abilities and equipment include hacking, a riot shield, and much more. These specialists which will be player-controlled will change up the entire formula which the franchise has been following and it will shift its focus away from having players serve various support roles with class-specific tools like repair torches and defibrillators.

This time each specialist has a unique-looking operator and they come with customizable cosmetics, gadgets, and perks. Many of us have already seen how flexible the gameplay is in the Battlefield 2042 open beta, however, it was limited to only a few players and the full game will be made available in November.
https://youtu.be/rFvZSwHq3nQ

He can hack into enemy soldiers and when these hacked soldiers are killed they reveal the positions of all enemies within their proximity.

This is an extremely important skill in terms of storming any enemy and is crucial to a good plan, and Navin’s  Cyber Warfare Suite allows him to hack in-game items and enemy equipment and take control of enemy turrets, etc.

He is about all-out warfare and his special trait lies in Blast Resistant which makes him far sturdier than other specialists, taking less damage from explosives and recovering quicker from them.

Our next warrior is all about mobility and jumping headfirst out of aeroplanes and her wingsuit allows her to traverse huge distances across the map, mounting a surprise attack from above. She comes with the speciality of Smart Explosives which allows her to use anti-armour, EMP and scatter grenades.

Ji-Soo’s abilities allow her to focus on finding and eliminating threats and she has Threat Perception which can automatically spot enemies who deal damage to her. Her speciality EMG-X Scanner displays an impressive overlay on her HUD of enemies who are hiding behind cover but are within her field of view.

This guy is someone you can expect to swoop in and save the day. His ability Trauma Specialist allows him to revive allies quickly while also restoring their armour and the best one is Loadout Crate, which will help you restock ammo and armour as well as pick up a whole new loadout. Never run out of Ammo!