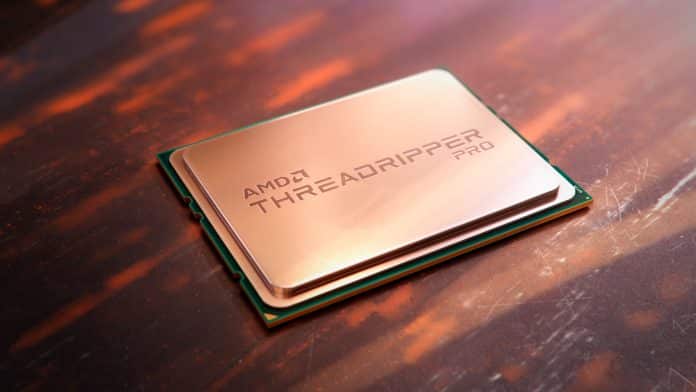 Zen 3 microarchitecture has been the wonderchild of AMD’s processors, and the company expects the same legacy to be carried out to the Threadripper family as well. There haven’t been any new rumours on when AMD could launch these Zen 3-powered monsters but AMD is not worried as its biggest rival, Intel, currently, doesn’t have anything which can compete with AMD in that specific market.

The information coming from Geekbench 5 submission states that the chip which appeared for benchmarking tests is an engineering sample. So it’s better to take in these specifications and performance results with a piece of salt. Reportedly, this 32-core chip will feature a 3.6 GHz base clock, and the chip was constantly performing a little over 4.5 GHz during the benchmark run.

Coming over to Intel, its only current offering in that market segment is the Intel Xeon W-3175X, which is already in the retirement home. The processor couldn’t even beat the Ryzen Threadripper 3970X so there’s no surprise that the upcoming Ryzen Threadripper Pro 5975WX will face any kind of competition and it wipes the floor of Intel’s offering.