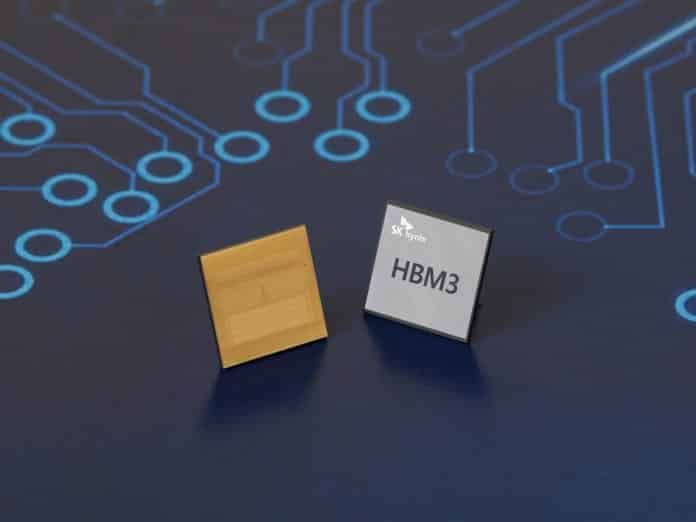 In the latest development, the south Korea-based SK Hynix has now become the first-ever in the industry to develop the next-generation High Bandwidth Memory standard, the HBM3. This news comes after the company announced to the public.

SK Hynix announced that it has successfully developed its HBM3 DRAM, and the company has already started marking its next-generation of High Bandwidth Memory products. The new memory standard is stated to improve bandwidth but the new memory standard will also increase DRAM capacities by stacking multiple DRAM chips vertically in stacks.

The South Korean tech giant began the development of its HBM3 DRAM and the development for the new standard began with the mass production of HBM2E memory in July last year. In its recent announcement, SK Hynix announced that its HBM3 DRAM will be available in two capacities, a 24 GB variant which will be the industry’s biggest capacity for the specific DRAM & a 16 GB variant.

The company’s 24 GB variant will be featuring a 12-Hi stack comprised of 2GB DRAM chips while its 16 GB variants will be utilizing the 8-Hi stack. The company also mentions that the height of the DRAM chips has been shrunk to 30 micrometers (μm, 10-6m).

“Since its launch of the world’s first HBM DRAM, SK Hynix has succeeded in developing the industry’s first HBM3 after leading the HBM2E market,” said Seon-Yong Cha, Executive Vice President in charge of the DRAM development. “We will continue our efforts to solidify our leadership in the premium memory market and help boost the values of our customers by providing products that are in line with the ESG management standards.”

In terms of performance, SK Hynix HBM3 DRAM is expected to deliver up to 819 GB/s bandwidth per stack meaning that we can expect an overall improvement of 78% over SK Hynix’s HBM2E DRAM which delivers 460 GB/s of bandwidth.