Africa Cup of Nations 2023: APO Group Founder and Chairman meets with COCAN Chairman to discuss media coverage of the CAN 2023 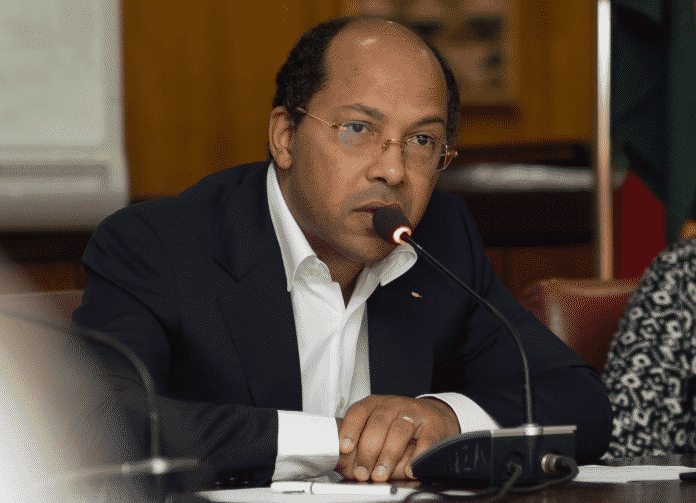 The meeting was held to discuss the media coverage of the African Cup of Nations (CAN) football tournament which will take place in Côte d’Ivoire in 2023. Also present at the meeting was Robins Tchale-Watchou, the Managing Director of Vivendi Sports.

The Africa Cup of Nations is the main international men’s football competition in Africa, and the biggest and most important sports competition on the African continent.

APO Group, the leading Pan-African communications consultancy and press release distribution service, heads a consortium of world-leading content production and distribution partners who have joined forces to promote this prestigious event, and showcase it to audiences in Africa and all over the world.

Together with Getty Images, the world leader in visual communications, and Eurovision, the television network supervised by the European Broadcasting Union (EBU), APO Group will manage all media coverage during CAN 2023, including the production, distribution and monitoring of text, photos, videos and soundbites.

All content produced and distributed by the consortium will help to increase the visibility of CAN’s sponsors by bringing unprecedented international exposure and attention to an event that is steeped in African history.

Côte d’Ivoire’s hosting of CAN 2023 comes almost 40 years after they first held the competition back in 1984. A lot has changed in the country since then. The capital, Abidjan, is now a thriving, cosmopolitan city of more than 6 million people. Seven other cities around the country will host matches, and the whole tournament will be built on quality infrastructure and a renowned sense of hospitality.

The consortium led by APO Group will look to build on this by shining a light on Côte d’Ivoire itself, as well as the elite sport taking place. The three companies in the consortium have a rich history in packaging and delivering sporting content that captures the imagination of people all over the world.

APO Group is the Pan-African Public Relations agency of FIFA, Rugby Africa, the NBA, the Basketball Africa League and work with many other prominent sporting organizations.

Eurovision is the premier choice of media service provider for many media organizations and sports federations in the world, producing and broadcasting live sporting events, current events and entertainment from around the world, on all platforms.

“I’d like to thank Mr Amichia for a warm welcome and a productive meeting,” said APO Group Founder and Chairman, Nicolas Pompigne-Mognard. “As a proud African organization, APO Group is committed to the President of Côte d’Ivoire and the people of Côte d’Ivoire. We will do everything we can to make sure the African Cup of Nations is an international success, and this beautiful country gets the opportunity to shine on the world stage.”

- Advertisement -
Powered by JustWatch
Share
Facebook
Twitter
Pinterest
WhatsApp
Linkedin
Previous articlePUBG: New State is all set to launch globally on the 11th of November, the trailer is out now
Next articleGoogle reduces Play Store fee for subscription apps

Oppo is working on electric vehicles for India, scheduled to launch in 2024