Newcastle United 2-3 Tottenham: Medical emergency in the stands as visitors pick up win 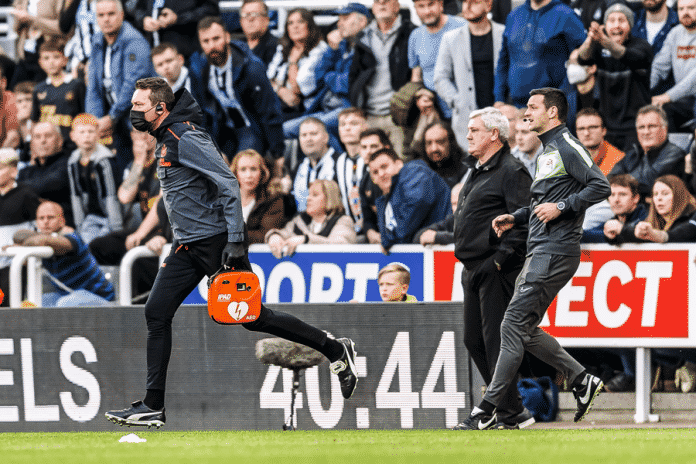 Newcastle United lost their first home game after the takeover, as Spurs defeated them 3-2 after a very eventful game.

The scoring started early courtesy of Callum Wilson, as he converted a cross from Javi Manquillo on the overlap run. However, their lead wouldn’t last very long as Tanguy Ndombele of Tottenham managed to find the top right corner in the 17th minute to level things up with the hosts. Sergio Reguilon cut inside from the left wing to find the midfielder, who produced a remarkable finish from the edge of the box.

Five minutes later, Harry Kane scored his first Premier League goal of the season after receiving a lobbed ball from Hojbjerg. The England international beat a charging goalkeeper, and though the goal was initially flagged for offside, it was allowed to stand by VAR.

Lucas Moura then hit the bar from a corner launched by Son, and the ball went out for another corner. Sergio Reguilon then pointed out the commission in the stands to the referee, and a Newcastle United medic rushed out to the other side of the pitch with a defibrillator.

The game was temporarily suspended, and the referee pointed towards the tunnel to direct the players to leave the pitch. The medical officials were given time to do their job, as the situation looked quite serious. Thankfully, the spectator was quickly taken to a medical facility and was awake and responding positively only minutes after the game was restarted.

Shortly before half time, Tottenham doubled their lead after Harry Kane and Son combined for an outstanding goal. The Englishman fired in a low cross from the right, and Son’s vertical run ended with him tapping in the ball from close range.

More drama would follow late in the second half, as Jonjo Shelvey was sent off in the 83rd minute. However, Eric Dier conceded an own goal to the benefit of the side with a man light. But, it was not enough to match their two-goal lead, and Spurs picked up all three points on the road.