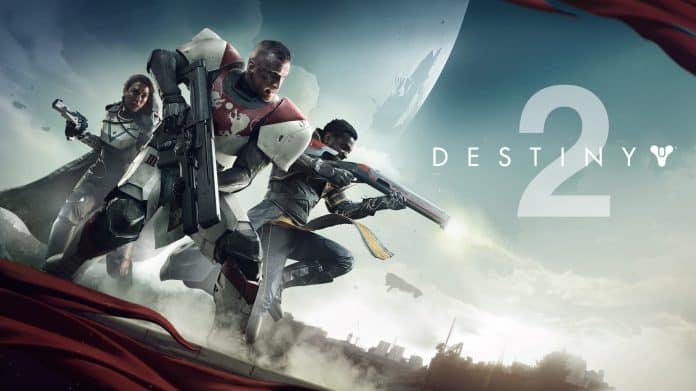 Being originally released back in 2017, Destiny 2 was a huge success at its launch, and that came as no surprise. This action first-person shooter was first released as a paid game and required a game key to access, however a couple of years after its release the game was free. The game gives an amazing PVP and PVE experience, and overall, is an amazing game that can be played online.

The first Destiny was released back in 2014, and while the game did manage to deliver a nice experience, some of its areas were lacking. But all of that was fixed three years later when Destiny 2 was officially released. You could feel the difference, and how much more polished the game felt in every aspect, be it combat, controls, story, among many other things.

In Destiny 2 you take the role of a guardian, who are protectors of Earth and must protect it from alien races by using a unique power called Light. As your character becomes more powerful, you will choose from between three different classes, and each of them has its unique abilities and perks, and each one offers a different play style. Each class also has a subclass that changes the abilities and overall gameplay.

You can choose to be a hunter, a class that focuses on providing large amounts of damage from a safe distance. Its subclasses are Gunslinger, Nightstalker, and Arcstrider. Warlock is another class that can be selected, and it combines its magical powers with modern weapons as a way to defeat its opponents. Its subclasses are Stormcaller, Voidwalker, and Dawnblade. The last class that can be picked is the Titan, who uses their powers to protect themselves and their teammates. Sentinel, Sunbreaker, and Striker are its three subclasses.

The fact that each class has three subclasses in it, helps you change the way you play, as the more you level up, the more you can make your character play how you want to. This diversity gives the game a new goal, as you want to have all the best abilities at your disposal.

Destiny managed to mix together MMORPG elements with a first-person shooter, and the result was amazing. The game is filled with different areas and enemies, and a handful of different events occur. You can choose to participate in them with random players or focus on completing your missions. All maps are considerably big, and traversing it on foot would take forever. And that is why after reaching a certain level, you will be able to summon your vehicle, the sparrow. You can also customize it, and as you play, different models will be available for you to pick.

Leveling up and obtaining new skills isn’t all that there is to be a strong guardian, as you will also need to gather equipment to become even stronger. Collect different types of guns, melee weapons, armor, and equip them however you see fit. As you reach higher levels, the types of equipment available for you will also change, and doing raids and dungeons will give you a higher chance of finding better and rarer equipment.

The game offers plenty of PVE missions, and you can go on raids and dungeons with either your friends, or other guardians that are around the area. So if you desire, you can focus only on doing PVE missions, and you will be rewarded with plenty of loot. But if you’re a lover of PVP, fear not, as Destiny also gives you plenty of missions that can only be completed on PVP. In there you face off against other guardians, and compete to see who is the better player.

While offering both modes, the game mainly focuses on PVE. Like other MMORPGs, you can join up with friends or other players to take on different challenges. While scouting the planet that you’re in, you can accept quests from NPCs that are in the area. Certain activities can also be done, and you can search for region chests, explore lost sectors for loot, and complete certain events that pop up after some time.

Destiny 2 released plenty of DLC content after its original release, and all of them gave players a lot more to work with. Not only did the DLC offer more weapons and armor, but they also deepened the game’s story. In total, the game has three major DLC’s, and while the game is free, you must pay to get access to the content that the DLC’s offer such as Destiny 2: Shadowkeep. At the time, two more DLC’s are going to be released, The Witch Queen is set to be released this year, and its last one will be Lightfall, which will be released sometime in 2022.

The game received a lot of updates, and a major one was the extended level cap of characters, which originally was set to twenty, and now has been expanded to level fifty. And if you get tired of playing the same guardian, there are three slots in total, so you can easily have one character from each class.

Destiny 2 did an exceptional job with its game, and for fans of the genre, this is the perfect game where you can sink countless hours in. There are plenty of missions to be completed, and a huge amount of Destiny 2 weapons and different types of equipment that can be acquired. Destiny 2 will still receive content up to 2022, and while that may seem like good news, it has also been announced by its developers that there are no plans for another title.

Overall, Destiny 2 is a great game, and while it has some similarities to other MMORPGs like Final Fantasy XIV and Warframe, Destiny manages to stand out by offering amazing graphics, a large amount of content, fun gameplay, engaging story, making it a rich game in all aspects. While you still need to pay to access all of its content, the base game is now free, which makes it perfect for you to try it out with some friends. If you enjoy the game, you then can choose to pay to access all of its content.

Cross-Play voice chat has arrived for Destiny 2 with the 3.3.0.1 Hotfix