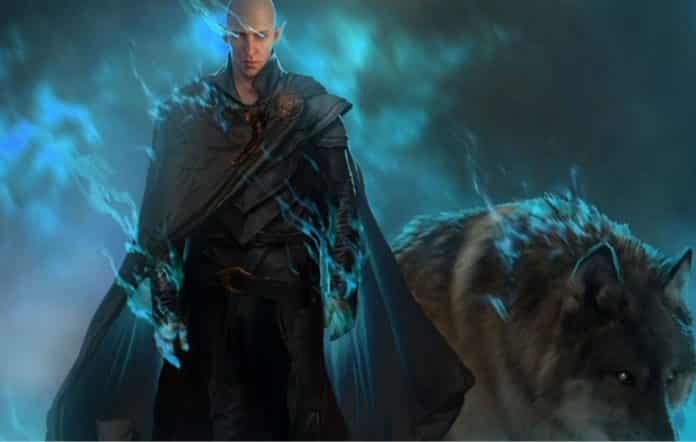 It will be nearly a year now since the next-gen consoles hit the market and many developers are producing games for both last-gen and current-gen. But it seems that EA and Bioware are ready to start fully embracing “next-gen” consoles. In recent news one of the former Dragon Age 4 developers indirectly indicated that the game would only hit PS5, Xbox Series X|S, and PC.

According to rumours, Bioware’s next instalment in the Dragon Age franchise will be a “next-gen” exclusive, and this means that Xbox One and PlayStation 4 users will be missing out on the fun. This news comes via a Twitter user who happened to notice that Dragon Age 4’s former Lead Player Designer Daniel Nordlander listing the game as coming to “PS5/Xbox Series X+S/PC” on his LinkedIn profile.

The development of Dragon Age 4 first started in 2015 under the code name “Joplin,” but it ran into troubles when problems arose with Mass Effect: Andromeda and Bioware had to shift its staff from DA4 to help out. The same thing happened later when the studio was having issues with Anthem.

And finally, EA scrapped the project in early 2018, this prompted many of the Dragon Age veteran developers to resign from Bioware. Then the project was yet again started but this time under the code name of “Morrison.”

the latest commitment of the game being a next-gen exclusive is somewhat refreshing, but considering the ongoing console shortage, this may result in some profit loss for the company.

Square Enix’s Marvel’s Avengers and CD Projekt Red’s Cyberpunk 2077 are two examples that come to mind. Both last- and next-gen versions of Marvel’s Avengers just suffered from poor design in general, and both critics and users largely panned the title. The PS4 and Xbox One versions of Cyberpunk 2077 were unplayable for most on launch. While PC players didn’t have nearly as many bugs and performance issues, Sony pulled the PS4 game from its storefront for a time.

Understandably, developers want to reach as many players as possible, but when it comes at the cost of numerous delays and sub-par game quality, is it worth it? I don’t recall anyone complaining that Bethesda did not release a PlayStation 2 version of Skyrim. Players will still buy the game when they eventually upgrade their systems.

- Advertisement -
Powered by JustWatch
Share
Facebook
Twitter
Pinterest
WhatsApp
Linkedin
Previous articleIs Apple being bossy? Fires another employee who tries to speak out
Next articleRobert Lewandowski “Prefers a Real Madrid Switch” And “Will Wish to Leave Bayern Munich to Force Through a Trade”

Mass Effect Might Be a Much Better Fit for TV Instead of Cinema, Says Developer