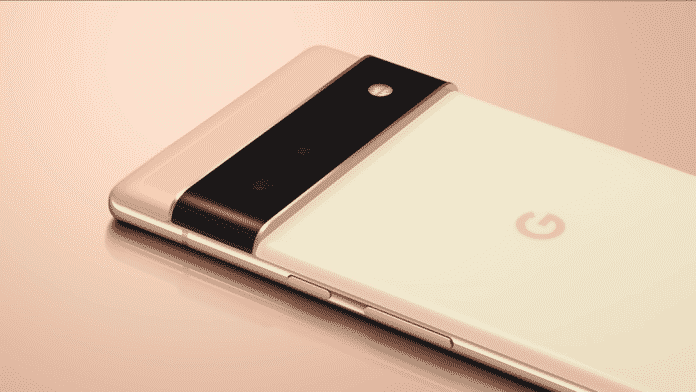 In the leaked promo ads of the Pixel 6 and Pixel 6 Pro, we get to see some high-resolution images of the devices. The 30-second videos showed off Magic Eraser, Live Translate, and other marquee software capabilities.

These “Meet the Google Pixel 6” ads (via @_snoopytech_ on Twitter) first started with the home screen of Material You widgets. We could see the just-introduced “Numeral” and “Scallop” Analog clock styles, a diagonal weather pill (as powered by the Google app), and what looks to be a redesigned Now Playing widget for YouTube Music that we’ve yet to spot.

The Ad then move to “Magic Eraser” and we can see that it resides inside Google Photos with a suggestion chip to “Remove distractions.” we find “Live Translate” in conversations, Google Messages app via a new top pill switcher UI, and then we come to “in pictures,” which is the today’s Google Lens.

Finally, “Security hub helps protect your phone, data, passwords, Google Account, [and] digital life” by giving you one screen to manage everything. Following the tradition, Google’s ending tagline for the Pixel 6 is “For All You Are.”

In these leaked ads, Google has not meaningfully differentiated between the Pixel 6 and 6 Pro. However, the company is certainly not highlighting the bigger phone’s telephoto lens or higher refresh rate screen, but if we have to assume then it’s just some advertising shared family capabilities.