“Arsene Wenger”: The exit of the manager feels like a funeral has been described in the film 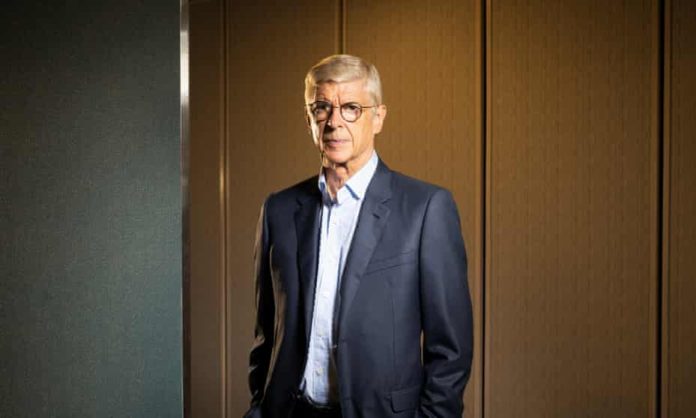 We all know that Arsene Wenger is one of the great and most successful managers of Arsenal as he has also helped the English Side to win the three Premier League and also the seven titles of FA Cup titles. He has been crossed 22 years long journey as the manager of the popular club Arsenal and has been shrinking on to the fit with the latest documentary titled “Arsene Wenger”.

It is mainly a definitive story with his own words. Recently, it has dropped the trailer of the film and it is two minutes long and has been dropped by the makers, Noah Media Group. In this trailer, Wenger has been described briefly about his sacking as the manager of Arsenal and has been felt just like the funeral. This fantastic sports documentary will release in November 2021.

It will be the 90-minute film that will also provide an insight into the reigning as the manager of Arsenal in their history of 2002-2004 season, it was the time when the team was unbeaten and has been finished in the second side in the history of the Premier League as the achievement.

It is reported that Wenger has been appointed as the manager of Arsenal in 1996, and he has remained in the position until he has been replaced by Mikel Arteta in 2018 that has been followed such consecutive seasons based on the poor performances at his side.

After that Wenger has become on few of the most successful managers of Arsenal. In this Wenger has also been credited with such changes on the way o0f the English Football that has been used as the function. In this, The Frenchman becomes the first manager in the league’s history to become a scout abroad for the players.

Arsenal also has had to contain with Europa League to be participation since the exit of Wenger, and they had been ended the ninth and last season, that is the poorest league performances in just 25 years.

Wenger has taken a comeback to the football pitch in the role of the manager after he has been roped into the coach to the Saudi super team that also will be encountering the Ligue 1 giants PSG in the Riyadh Season Cup in January 2022. Wenger also will lead up to the All-Star team for the f4riendly match against PSG.

- Advertisement -
Powered by JustWatch
Share
Facebook
Twitter
Pinterest
WhatsApp
Linkedin
Previous articleMy11Circle celebrates the fervor of the dedicated fan, in its new campaign for T20 World Cup
Next articleRahul Dravid will be the coach the Indian Cricket Team until 2023 and will be paid a salary of Rs 10 crores