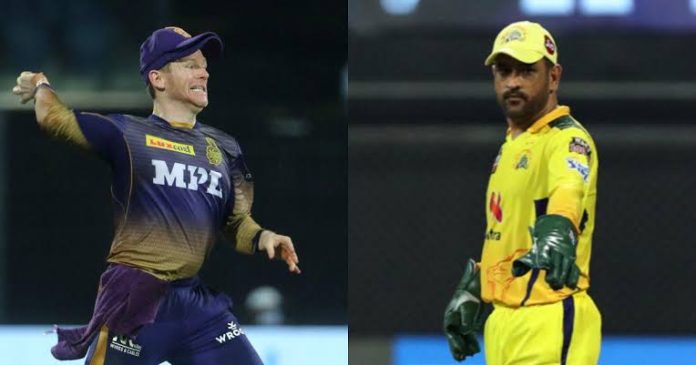 Cricket fans will be very excited as the finals of IPL 2021 will take place today. Chennai Super Kings and Kolkata Knight Riders will battle it out against each other for this prestigious IPL trophy at the Dubai International Stadium. Both the teams have won the IPL trophy previously as Chennai has won it thrice and Kolkata has won the IPL two times.

However, CSK will enter this contest to avenge their 2012 finals loss against KKR. Meanwhile, a win for Kolkata will mark an incredible turnaround if we look at their journey.

Also Read: Cricket 22 by Big And Studios gets an official release date

CSK were extremely dominant in the first four games of phase two of IPL 2021. However, the team lost three back to back games and finished second in the group stage. But Chennai regained their form as they chased down a difficult 172 run target set by Delhi in the first qualifier. As a result, they became the first team to qualify in the finals. Speaking about the side, with Dhoni back in form, Chennai seems to be in great shape.

KKR have made an impressive comeback in phase two of IPL 2021. Before the start of the UAE leg, Kolkata were placed seventh on the table with four points. However, they sparked an incredible recovery to win five of their seven games to qualify in the playoffs. Thereafter this KKR lineup has played brilliantly against RCB and DC to defeat them and reach the finals of the tournament.

Chennai Super Kings have won their games more convincingly then Kolkata Knight Riders this season. Moreover, they have an upper hand in terms of overall balance considering KKR’s shaky middle order. Other than that there is hardly anything that one can differentiate from the two finalists. As a result, CSK will most likely win the finals of IPL 2021 against KKR.

Fantasy XI for the IPL 2021 finals

The South African batsman has wreaked havoc along with Gaikwad at the top for Chennai Super Kings. He is currently fourth in the orange cap list and would try his best to end this season on a high note. Hence I have selected him as the captain for the finals

Gaikwad has been in terrific form for Chennai this season. The opener is amongst the top run getters of IPL 2021 and will try to win the orange cup by scoring a good knock for his team.

I have selected Venkatesh Iyer as the vice captain for his all round abilities. The Kolkata opener’s knock was extremely crucial for the team in qualifier 2. As a result, his opening partnership with Gill will be important in today’s final.

Gill has played an important part in Kolkata’s success in phase two of IPL this season. The opener has given KKR good starts and is expected to do it once again in the finals.

Jadeja has contributed for CSK in both departments this season. He has scored 227 runs and taken 11 wickets. Therefore the all rounder is selected as he will give good points.

Hazlewood was brilliant for CSK as he picked up two crucial wickets of Dhawan and Shreyas Iyer in the qualifier one. The Australian pace could pose a lot of trouble to the out of form Kolkata middle order in the finals today.

Thakur has been CSK’s best bowler this season as he has picked up 18 wickets for them. Moreover, his ability to take multiple wickets in a single over makes him a must pick player.

Ferguson is Kolkata’s go to bowler in need of wickets. The Kiwi pacer has been terrific in phase two and KKR are expecting that he delivers a great performance in the finals.

Chakravarthy bowled a good spell against Delhi Capitals in the qualifier two. He is in good form this season as he is KKR’s leading wicket taker with 18 scalps to his name. Therefore I have selected him in my fantasy XI side.

Dhoni’s decision to promote Moeen Ali has been remarkable. The English all rounder has delivered with his bat and one can expect him to play a big role in the finals.

Despite being out of form, Dinish Karthik is a kind of batsman that can help his side out of trouble. So one can expect him to lead his side to a victory with a match-winning innings.