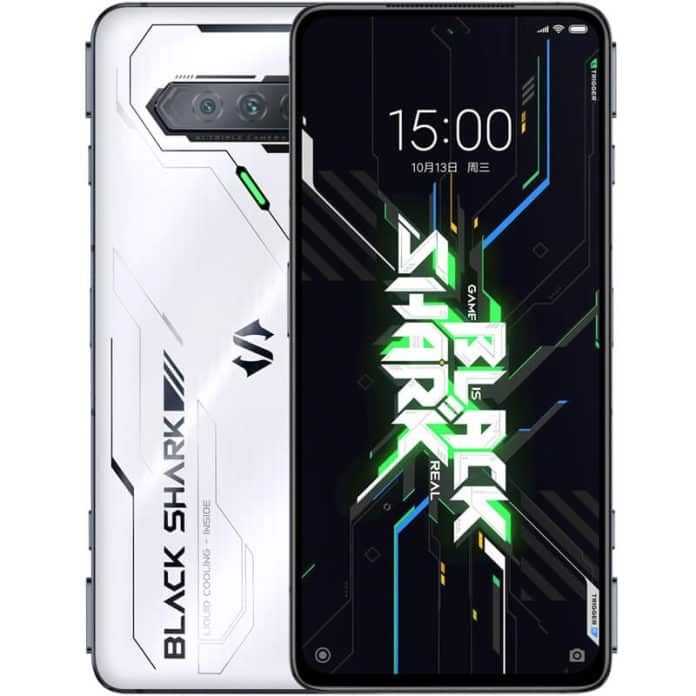 Black Shark 4S and Black Shark 4S Pro have been launched in China. These gaming phones from Xiaomi have arrived as the successor to the Black Shark 4 and 4 Pro that debuted earlier this year in the home market. They feature Qualcomm’s Snapdragon 8-series of flagship processors. The devices compete against the likes of the ROG Phone 5 series and the Lenovo Legion Phone Duel 2.

On the back, there is a triple-camera setup. There is a 48MP primary camera with an 8MP ultrawide and a 5MP macro shooter on the vanilla model. The Pro model’s primary camera has a 64MP sensor. For selfies, the devices have a 20MP front camera.

The devices have a 3.5mm headphone jack, Wi-Fi 6, Bluetooth 5.2, etc. They also come with stereo speakers. They boot Android 11-based and MIUI-based JoyUI 12.8. Lastly, both phones come with a 4,500 mAh battery under the hood with 120W fast charging support.

Once again Black Shark will be able to gain top position on the Android performance list, which last month was lost by RedMagic 6S Pro with an average score of 857918 points.