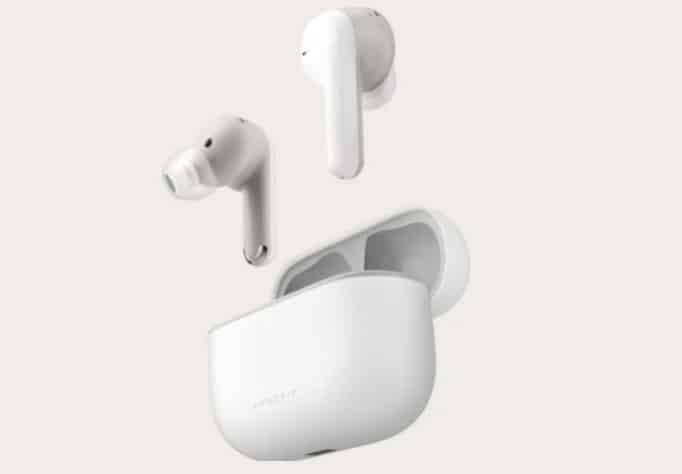 Earlier yesterday, Huami had launched the new Amazfit GTR 3, GTR 3 Pro, GTS 3 in China. Alongside the new smartwatches, the company also officially announced the new Powerbuds Pro for the region.

The Powerbuds Pro is the latest hearable launched by the Chinese company in its home country, although, these truly wireless earbuds had initially launched outside of China back in July 2021, Huami has offered the new TWS earbuds with a stem design along with dual-tone white and gray color design.

Each earbud weighs 6.7g and has IP55 dust and water resistance rating as well. Notably, despite being an audio-based product, the earphones offer multiple useful health-related features as well.

This includes calories burned, heart rate, step, and even posture monitoring system. In other words, users can receive real-time voice notifications about their distance, heart rate, and more with every kilometer or mile when running, walking, or cycling.

The earbuds can even detect and show in the app the sitting angle of your cervical spine.

In terms of audio, a major upgrade over its predecessor is the inclusion of Active Noise Cancellation or ANC, which the company claims can reduce noise by up to 40dB.

Similar to the smartwatches, the new Powerbuds Pro will also go on sale later today, with its introductory price being Yuan 899 or $139(10,484 INR). Which is $10 cheaper than its original global launch price tag.

Amazfit Band 7 launched on Amazon India for an introductory price of ₹2,999