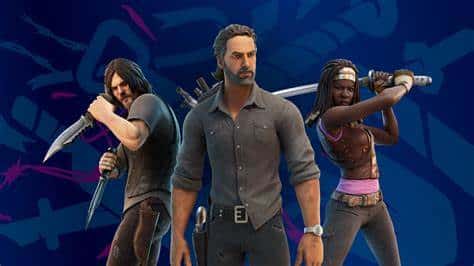 Fortnite is an online video game developed by Epic Games and released in 2017. It is available in three distinct game mode versions that otherwise share the same general gameplay and game engine.

The battle royale game always brings new updates which are based on the current trends and the game’s character updates have always been a fan favorite.

In the recent Fortnitemares 2021 event, The Walking Dead’s Rick Grimes has joined the Fortnite roaster. The character of Rick will be appearing in Fornite for the first time and he will get many Walking Dead outfits in the Item Shop inspired by both Daryl Dixon and Michonne.

While Rick can be purchased by himself for 1,500 V-Bucks, the 1,900 V-Bucks Rick Grimes Bundle will bring players with the Sheriff’s Duffle Back Bling, the Crashin Satellite Glider, and the Walker Club Pickaxe.

For those who want to purchase the complete Walking Dead collection, the 2,500 V-Bucks Survivors in Arms bundle includes Rick, Daryl, Michonne, and all their accompanying items.

If you are wondering as to why the sudden character was introduced that it’s because AMC has revealed that Walking Dead’s Season 11 Part 2’s premiere date is on February 20, 2022.

This final run of episodes for the show that made its debut on October 31, 2010, will be available on February 13 for those who are subscribed to AMC+.