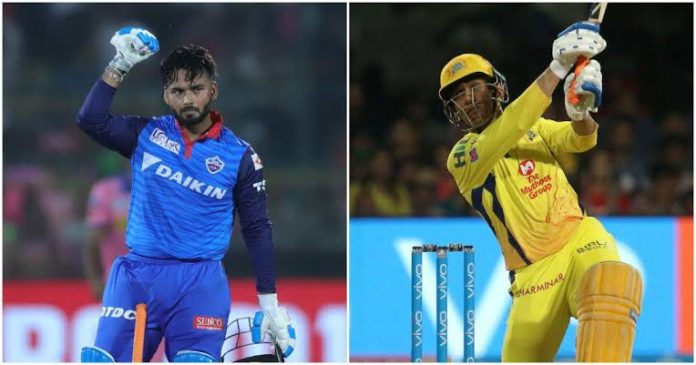 The playoffs of IPL 2021 begins today with table toppers Delhi Capitals taking on Chennai Super Kings in the qualifier one. This fixture will take place at the Dubai Internation Stadium at 7:30 pm IST. As a result, a lot of cricket fans are looking forward for this big clash.

Delhi Capitals who are the table-toppers had an incredible group stage as they convincingly qualified for the playoffs of IPL 2021. However, their death bowling and fielding against RCB in the last game was horrible. Hence this could be a concern for them as dropping catches and leaking unwanted runs in the death overs would ruin their chances against Chennai.

Chennai Super Kings were brilliant throughout this IPL 2021. Although CSK has suffered a major dip in form as they have lost their last three IPL matches of this UAE phase. Their bowling has looked toothless in all their defeats while they are heavily dependent on Du Plessis and Gaikwad to give them a start. As a result, they need a complete team performance in order to defeat Delhi Capitals.

Despite being in terrible form, Chennai Super Kings will most likely win this playoff contest against Delhi Capitals. This is mainly because of Dhoni’s experience and in addition to that, CSK tend to perform much better during the playoffs. Nonethess, we could witness a thrilling contest between these top two sides today.

Fantasy XI for this Playoff Match of IPL 2021

The Delhi captain has played well in this tournament and one would expect him to elevate his game at a big stage against Chennai.

Gaikwad has been terrific for CSK as the opener is among the top run getters list for this season’s IPL. As a result, Ruturaj will likely deliver a splendid performance at a decent Dubai pitch.

Du Plessis will be high on confidence after smashing 76 in the last game for Chennai. Moreover, he is second in the IPL 2021 run getters list and a big score could help him overtake Rahul and win the orange cap. So I except him to perform well as he usually does and I have selected him as my captain.

Shreyas Iyer’s calm demeanour and good play against spin makes him a great option to pick in the middle order. Moreover, his flexibility to switch between roles of playing as a aggressor or guide the inning made me pick him as the vice captain for today’s game.

Coming in at a different bathing position, Ambati Rayudu has had a hit and miss kind of season. However, the Chennai batsman’s has played some good innings as a finisher. Thus I have selected him in this lineup.

Hetymer has lately played some good knocks for Delhi. The West Indian has helped his side finish game and his team would hope that he does his job in a crucial game that could help them reach the finals.

Jadeja is a no brainer in this lineup because the left arm spinner has helped Chennai pick up important breakthroughs and his ability to score quickly and make contributions in the field means that users will surely get good points.

After a quiet first few games, Axar Patel is beginning to show his capabilities by taking wickets regularly for Delhi Capital. On a slow pitch like Dubai where things can turnaround, Axar’s bowling will be key for DC against Chennai’s batting order.

Shardul Thakur has been consistent for Chennai throughout the phase two of IPL 2021. Thus he is an obvious choice in the bowling department for this match.

Deepak Chahar is picked up purely for the budget as it is very difficult to accommodate someone else in the 8.5 range. Owing to the fact, that Hazlewood could be replaced. However, Chahar was in good form in the last game and that indicates positive signs for Chennai today.

Nortje has been brilliant for Delhi Capitals as he has taken early breakthroughs and put the opposition side at the backfoot during the powerplay. As a result, Delhi need a similar performance from him against a strong opening pair and one can expect him to pick a wicket in his first spell.