DC FanDome: Trailer released; A fan event to showcase new footage from The Batman, The Flash, Black Adam, and more 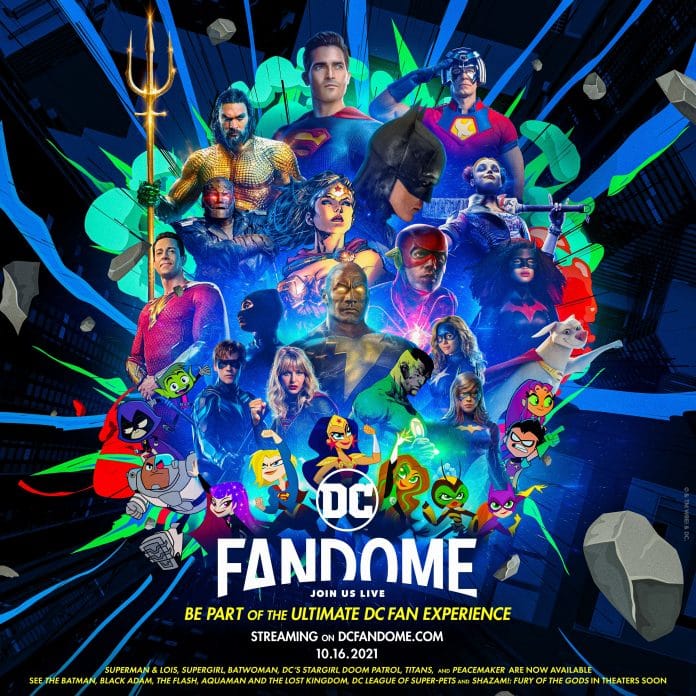 On Thursday, DCFanDome, Celebration of all things DC’s trailer was released. The first edition of the event, which is dedicated towards the fans that took place last yeat and was successfully roaring.

The trailer promised us a numerous surprises, trailers, teasers, promos, concept art and news for its upcoming movies, TV shows, video games, and so on.

As we know we will get trailers or new footage for the biggest upcoming DC movies same as like The Batman, The Flash, and Black Adam. The TV shows and movies will reveal new content for DC fans that will be made by the cast members.

DCEU has played catchup but in recent past the DC movies looks bright, since Marvel Cinematic Universe has came into existence. It seemed to have finally grasped the higher-ups which has created a unified cinematic universe. So, now the DCEU is divided into smaller self contained that can crossover with each other.

The Batman is a reboot of the franchise. It is directed by Matt Reeves and written by Reeves and Peter Craig. The film stars Robert Pattinson, it also features Zoe Kravitz as Catwoman, Jeffrey Wright as Commissioner Gordan, Andy Serkis as Alfred, Colin Farrell as Penguin, Paul Dano as Riddler, and John Turturro as Carmine.

Earlier, the director Matt Reeves has said that the film will mainly focused on Batman’s detective skills, but that has not been explored about the movies till noe in details. Besides this we do not have any information about which comic will be adapt for the film- if indeed it will be a direct adaptation.

Meanwhile, The Flash will be introduced in the multiverse of DCEU. This speedster superhero went back in time in order to save his dead mother but instead of that it ended up differently. The damaged past has resulted into his actions. The film stars Ben Affleck who will return back after the Batman movie same as Michael Keaton. Additionally Sasha Calle will play the role of Supergirl.

Dwayne Johnson will be introduced to comic-book movies through Black Adam. While he is an all-out villain in DC Comics and an arch-enemy of Shazam!, in DCEU, he will be more like an anti-hero.

All in all, DC FanDome looks like an unmissable event for DC fans. The film is going to release on 16th October at 10:30 pm (as per Indian time)..

Black Adam: The New Trailer shows the arrival of Justice Society with the Release Date