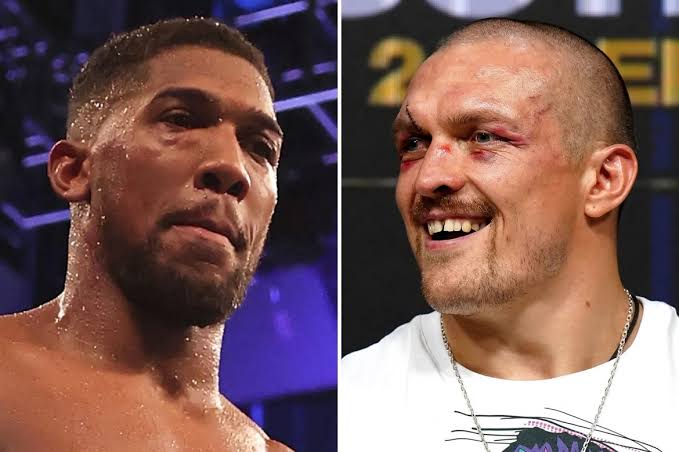 “Today we officially triggered the rematch for Oleksandr Usyk fight, which we’ll see early next spring. Back in the game and we’re looking for him to become three-time world champion.”

“A few niggles in camp for AJ, Usyk had a bad cut, it’s officially triggered, we’ll sit down with K2 Promotions and I think March is when you’ll see that fight.”

A few weeks back Anthony Joshua faced off against Oleksandr Usyk at the Tottenham Hotspur stadium in London. In this fight, the former undisputed cruiserweight champion completely dominated the British boxer throughout the fight. Usyk used his speed and exceptional technical ability to outbox Joshua to win the WBO, IBF, WBA, and IBA heavyweight titles via unanimous decision.

Following AJ’s defeat, boxing promoter Eddie Hearn claimed that Joshua doesn’t require to fight against any other heavyweight before taking a rematch against Usyk.

“This was a disappointing loss to a pound-for-pound great. We don’t need to get back in the game with 10-rounders, he needs to rip those belts off Usyk.“

Where will the rematch between Oleksandr Usyk and Anthony Joshua take place?

With this news fans will be highly excited as the estimated timeline for this big rematch is announced. However, there is no information available regarding the venue for Oleksandr Usyk vs Anthony Joshua 2. Although Eddie Hearn has indicated that the Ukrainian fighter wants part two of their battle to take place in his hometown.

‘Usyk has mentioned Kiev in his home country Ukraine as a potential venue and we will look at all options. When AJ heard about that he didn’t have an issue with it and found it quite exciting.

‘I would like to do it back in the UK and we’ve had offers from the Middle East but we will see what’s the best opportunity for both fighters.

Comment below your thoughts about Anthony Joshua activating his rematch clause after suffering a defeat against Oleksandr Usyk.

Also Read: Here’s how much money Tyson Fury and Deontay Wilder will earn from their third fight on 9th October