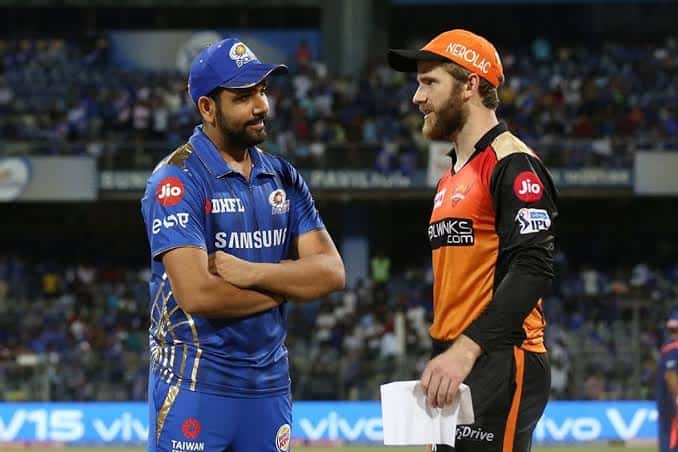 Today is the last day of the group stage of phase two of IPL 2021. Sunrisers Hyderabad will take on Mumbai Indians at the Sheikh Zayed Ali Stadium in Abu Dhabi. Speaking about this contest, MI need to secure a comprehensive victory in order to qualify for the playoffs. Meanwhile, Hyderabad will be playing for pride as they are at the bottom position of the table.

Sunrisers Hyderabad is coming off an impressive win in the last game. All credit goes to their bowling attack who stopped RCB from chasing a mediocre total of 142. As this is the last fixture of the league stage, Hyderabad will be playing with full freedom because they have nothing to lose.

Mumbai Indians are also on the back of an outstanding victory over the Rajasthan Royals. However, they need to win today’s game by a significant margin at any cost to finish in the top four of the group. Splendid performances by overseas players Coulter Nile and Neesham in the last game will be a huge boost as they enter this contest.

The way things are shaping up on the final day, one can expect big things from this matchup. It is likely that Mumbai Indians will be triumphant over Sunrisers Hyderabad in today’s fixture as their batting order seems to be rejuvenated after the return of Kishan as an opener.

Kishan opening the innings was a great move by Rohit Sharma and Mumbai Indians management. The left-handed batsman’s powerful striking will play a big role as they need to post a huge total in order to qualify.

Williamson has played the role of an anchor in the last few games and has scored good amount of runs. So he will try to get a big score to end SRH’s season on a high note.

Jasprit Bumrah has been terrific in this phase of the tournament for Mumbai Indians. His spell will be very crucial as they need to dismiss Hyderabad at a very low score. Therefore the fast bowler is expected to pick up a lot of wickets against SRH. Hence he will be my captain for today’s match.

Despite going wicketless in the last game, Boult was very economical in his spell. The Kiwi fast bowler has performed well and one can expect him to give good points in this fixture.

Suryakumar Yadav has not been in the best form during this phase. However, SKY has played few good knocks out of the last three games. So one can expect him to score when it matters the most as they desperately need a big victory.

Roy played a good knock of 44 runs from 38 deliveries on a low scoring pitch. The English opener has played some good knocks in phase two. And Hyderabad needs a good start from Roy if they want to win against Mumbai.

Kaul could exploit MI’s weakness of scoring runs in the middle phase of the game. Owing to this fact, Siddharth Kaul has several variations that will help him on this Abu Dhabi pitch.

Rashid Khan went for runs in the last game. However, that might not happen in every game and his attacking bowling can help him get a lot of wickets on a bowling oriented pitch against an out of form MI middle order.

Jason Holder bowled a mind-blowing second last over to help Hyderabad win their second game of phase two. The West Indian bowler has been SRH’s best bowler and they will hope that Holder delivers a great performance in the final game against Mumbai. As a result, Holder will be my vice- captain.

Neesham played his first game of phase two and he was the game-changer as he picked up their wickets for MI as they restricted them for 91. Consequently, Mumbai need a similar performance against SRH in order to qualify and Neesham could be key on a Abu Dhabi wicket which offers help for medium pacers.

Abhishek Sharma batting at the top makes him a great option to have in a fantasy lineup. Because he will likely bowl a couple of overs and can give points in either aspects.