Are Everton the Real Deal Under Rafa Benitez? 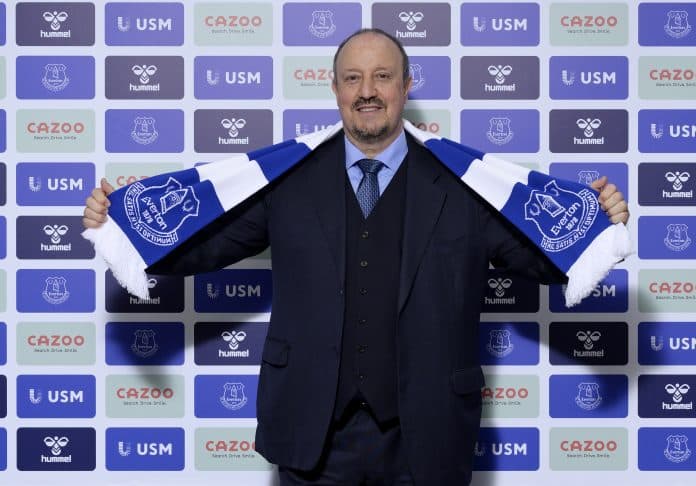 There’s an unwritten rule in football that after playing or managing a club, you avoid offering your services to their fiercest rival. That’s especially the case when you’ve secured a legacy as a legend at your previous place of employment, as Rafael Benitez did in a silverware-laden spell at Liverpool.

The Spaniard guided the Reds to the Champions League title and an FA Cup win, and while he left Anfield after a disappointing run of form, it was still a genuine eyebrow-raiser when he joined their detested neighbours Everton barely a decade later.

As you can imagine, Toffees fans themselves were less than enamoured with the appointment, but heading into the second international break of the 2021/2022 campaign, they might just be seeing a silver lining. They currently sit fifth in the table, having lost just one of their opening seven games, and they lead the way behind the dominant four of Liverpool, Manchester City, Chelsea, and Manchester United. Indeed, Everton are now the odds-on favourites, priced at 23/10 in the Premier League 2021/2022 odds, for the ‘without big six’ outright market, which comprises the aforementioned quartet plus Tottenham and Arsenal.

Their haul of 14 points from those opening seven games could have been predicted by any Premier League betting tips column, and while encouraging, you could also argue that the Toffees have merely served to live up to expectations, rather than exceed them.

So, is now the time for Everton fans to re-appraise their take on Benitez’s appointment, or do they still have adequate cause for frustration?

You suspect that all new managers appointed in the off-season have one thing in mind – waiting for that fixture list to be released. If they can look forward to a comfortable start in their new role, that should help the new boss ingratiate themselves to their new players, fans, and board of directors with a couple of morale-boosting wins. On the flip side, a tricky schedule can lead to negative results, and doubts about the suitability of the individual naturally follow.

In Benitez’s case, he really couldn’t have wished for a more agreeable start at Goodison Park. Home games with Southampton, Burnley, and Norwich City are such that the Toffees would expect positive outcomes, while away dates with Leeds, Brighton, and Aston Villa also offer up opportunities to put some points on the board.

It wasn’t until game week seven – the 1-1 draw with Manchester United – that the Merseysiders collided with one of the so-called big six. As far as their performances have been concerned, Everton has done pretty well, by all accounts. They are averaging almost two goals scored per game so far, and have done so without the likes of Richarlison and Dominic Calvert-Lewin, who have spent time on the treatment table.

Conceding a goal per game, Everton have been somewhat leaky at the back and Benitez will need to find a solution – the Expected Goals (xG) stats suggest their current rate of scoring is unsustainable based upon chances created, and so defensive strength will be of utmost importance moving forward if they are to back up the bullishness of the bookmakers. But, all things considered, it’s a case of so far, so good for Benitez’s reign at Everton – let’s hope, for his sake, their good results continue and he is given the benefit of the doubt by sceptical supporters.

Previous article
Who are the young NBA stars to watch next season?
Next article
iPhone 12 mini vs iPhone 11 which one should you buy during this Festive season?