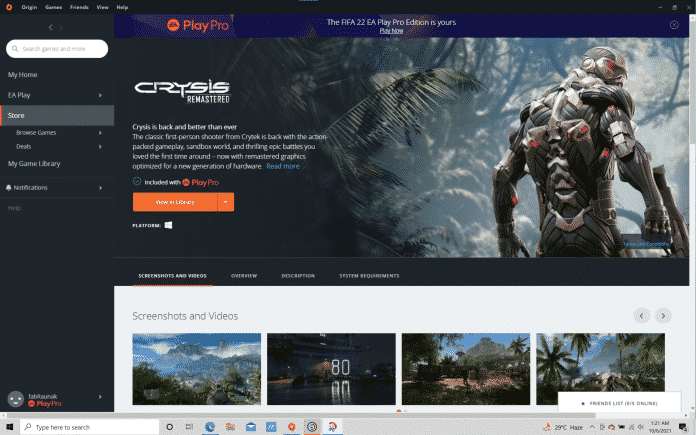 Crytek has already confirmed that Crysis Trilogy will follow last year’s Crysis Remastered and if you were reluctant to buy the Crysis Remastered game, well, here’s some good news for you. You can now play the game for free if you are an EA Play Pro member.

As you know, Crysis based on the Crytek Engine was way ahead of its time and remaking it made sense as most new graphics card now have enough horsepower to support them. Launched a year ago, gamers who are already subscribed to EA Play Pro membership will now be able to play the game which also supports NVIDIA DLSS.

In Crysis 1, what begins as a simple rescue mission becomes the battleground of a new war as alien invaders swarm over a North Korean island chain. Armed with a powerful Nanosuit, players can become invisible to stalk enemy patrols, or boost strength to lay waste to vehicles.