Cricket 22 by Big And Studios gets an official release date 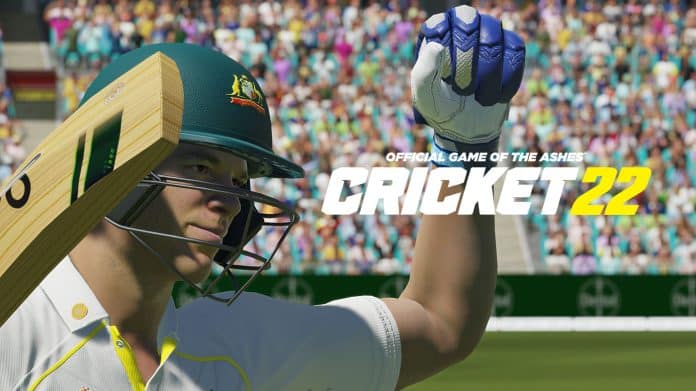 For the Cricket lowers, Big Ant Studios and Nacon have finally announced their new Cricket 22 game. This will mark the debut of the studios series of the sports game franchise based on Cricket on PlayStation 5 and Xbox Series X|S.

Their 2019 launch Cricket 19 saw extreme success and received extensive support from the community, since then, Big Ant had claimed that their new Cricket 22 will deliver “the most robust, substantial game of cricket that fans have ever seen.”

Cricket 22 will be featuring Australia’s T20 Big Bash tournament alongside the Caribbean Premier League, England’s The Hundred, and The Ashes, while also including fully-licensed national teams for Australia, England, New Zealand, the West Indies, and Ireland. Similar to the previous installment, the men’s and women’s games will be represented throughout all of Cricket 22.

Cricket 22 will also include new bowling and fielding controls, “real-time ray tracing elements”, and a “deep, narrative-driven career mode” which include, injury management and off-field commitments like training and press conferences.

“The number of cricket fans that have been asking us about our next-generation cricket plans has been overwhelming. We’re incredibly excited by what we’re able to bring to the table with Cricket 22. This is our fifth cricket simulation title, and it represents the cumulation of everything that we’ve learned on this ten-year (and counting) journey. We have the most passionate fans, and we can’t wait to get this into their hands.”

Cricket 22 will be released on November 25, 2021, on PC, PlayStation 4 and 5, and Xbox Series X|S, and pre-orders for these formats will get access to Cricket 22’s The Nets Challenge from mid-October.

The studio also announced that those who have purchased the game on PlayStation 4 or Xbox One can upgrade their version of the game for free if and when they decide to migrate to new generation consoles.

Previous article
Deal: ASUS Zenbook 13 OLED with Core i5-1135G7 discounted to only ₹74,890
Next article
Top Smart TV deals to look out for under Rs 20,000 in the Amazon Great Indian Festival Sale