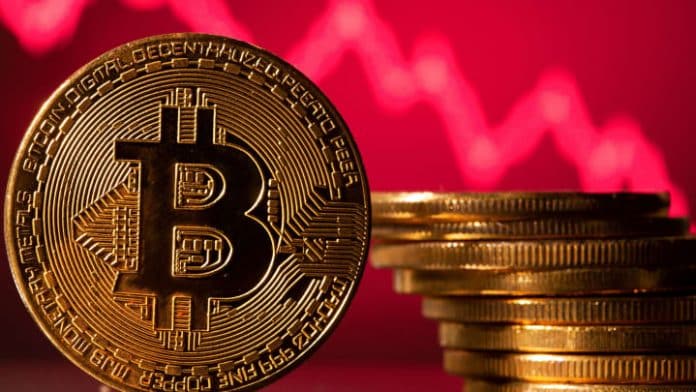 Bitcoin prices have rallied more than 32% in the past seven days to the highest since May, adding to gains this month on mounting institutional interest. The world’s largest and most popular cryptocurrency today witnessed a surge of over 7% to trade at $55,109 after rising above the level on Wednesday.

Other cryptocurrencies were performing mixed over the last 24 hours. Ether, the second-largest crypto by market capitalization, was hovering around $3,551, up over 1.5%.

Cardano, XRP, and dogecoin prices tumbled whereas Stellar surged over 9% and Shiba Inu was up 78%, as per CoinGecko.

Siddharth Menon, COO of WazirX said, “Bitcoin(BTC) rapidly mustered to the mark of $55,000 on 6th October, coming out of its brink and latest plunging channel pattern. BTC may lay hold of its first support at the $50,850 level, as per the Fibonacci retracement levels for the previous day. BTC may escalate further on the basis of market exuberance and trading momentum, begetting more buying. Being one of the biggest influencers on BTC, strengthening of Dollar Index compared to the last 2 days, may impair the overall Crypto markets.”

Meanwhile, trading volumes for Bitcoin are two-thirds larger than Ether since the start of October, according to crypto exchange Kraken. Ether, Binance Coin, Solana, and Dogecoin are up sharply in the past seven days.

Furthermore, Menon added that altcoins seem to have been rather stagnant and signal a bearish market overall in comparison to the Bitcoin growth.”On the other side of the spectrum, the Cardano(ADA) looks ready for a recovery from the recently created flag pattern. Benjamin Cowen, a prominent crypto analyst, also envisions that the price of ADA has the potential to hit $20 in this cycle. Withal, if Cardano would have performed well like BTC, it could possibly get to $4.5, and $9 if the price of BTC crosses $150,000 levels.”

The Bitcoin rally has come after digital tokens remained under pressure post-China’s ban on cryptocurrency transactions and turbulence around El Salvador’s troubled rollout of the digital coin as legal tender. Bitcoin is up 89% this year so far, though, still away from its record of near $65,000.