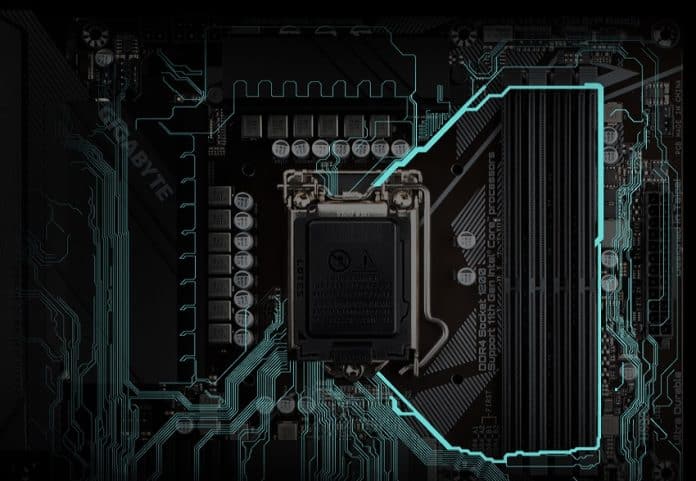 In the latest extracted database of the Puget System benchmark, there has appeared an entry of Intel’s upcoming  Core i7-12700K CPU and it was running on a Gigabyte Z690 motherboard that supports DDR4 memory.

According to reports, the CPU was tested in three benchmark tests which include the After Effects, Premiere Pro, and Photoshop suites. The most interesting thing to witness here is the inclusion of the motherboard, which is the Gigabyte Z690 UD AX, as well as the support for DDR4 memory.

Reportedly a total of 128 GB of DDR4-3200 system memory was featured on the test setup along with an NVIDIA GeForce RTX 3070 graphics card and the OS used was the latest Windows 11.

As we have heard before, the Core i7-12700K CPU offers 8 Golden Cove cores but has Gracemont cores cut down to 4. The P-cores (Golden Cove) operate at a base frequency of 3.6 GHz and a maximum boost frequency of up to 5.0 GHz. On the other hand, the E-cores (Gracemont) will operate at 3.8 GHz across 1-4 cores & up to 3.6 GHz when all cores are loaded.

As we know, Intel’s Alder Lake Desktop CPUs will feature both DDR5 and DDR4 memory controllers and 600-series motherboards. Along with that, it will also feature support for the latest PCIe 5.0.

The Intel Alder Lake CPU lineup is expected to launch in November along with the respective Z690 platform and DDR5 memory kits.