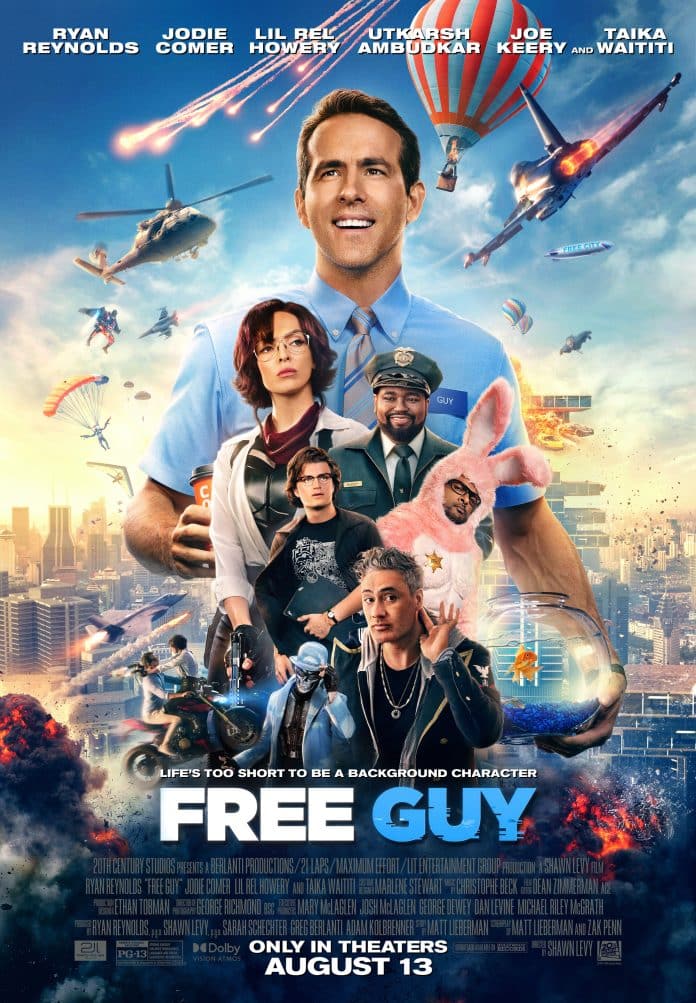 Free Guy is a 2021 American science fiction action comedy film. The Free Guy is directed by Shawn Levy. The screenplay was done by Matt Lieberman and Zak Penn and the story was written by Lieberman itself.

There is a piece of good news for all who have waited for so long to watch Ryan Reynold’s, Free Guy. It is an adventure comedy film. The film is going to stream on 15th October 2021 on Disney Plus Hotstar. It will also be available in Hindi, Telugu, Tamil, and also in English.

The film firstly premiered at the Piazza Grande section of the 74th Locarno Film Festival in Switzerland on 10th August 2021. After a year, the film has got delayed due to the Covid-19 pandemic. Free Guy was released in theatres in the United States on 13th August 2021 in RealD, IMAX, and Dolby Cinema.

The story of a Free Guy revolves around a bank teller who discovered that he is actually a background player in an open-world video game. He has also decided to become the hero of his own story. He has also determined himself to be the guy who has saved his world his way before it’s too late.

“Free Guy”: Hotstar has set to release the film on their platform

Free Guy movie released: $20 million is being projected to be made at The US Box Office by this weekend