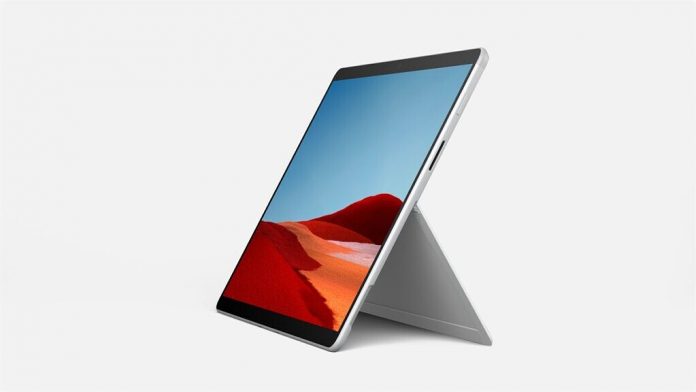 Microsoft released its Surface Pro X in 2019 and since then we haven’t seen the device receiving any kind of substantial upgrade to its SoC except for getting some minor clock speed bump with the SQ2 chip upgrade in 2020.

But things are about to change as Microsoft and AMD are now reportedly working on something with RDNA graphics to power a next-generation Surface Pro X and probably Microsoft’s other devices as well.

According to a thread on the Korean tech forum Client, Microsoft and AMD are now working together to design an upcoming laptop-class processor. This development comes after Samsung adopted AMD’s mtDNA graphics paired with an Arm CPU for its Exynos 2200.

The new chip designed by the collaboration of Microsoft and AMD will reportedly only use Cortex X1 cores compared to the Exynos’ X2s, but, it will most likely run them at significantly higher clock speeds if the 3+ GHz clocks of the SQ processors are anything to go by.

Coming to the GPU side, the processor will reportedly be using a mRDNA2 GPU similar to that of the Exynos design, with 8 CUs, a setup that puts it on the same footing as the Steam Deck. According to the information posted at the forum, we get that the GPU performance will be near to NVIDIA’s GTX 1050. even so, it will be much better than what the existing Surface Pro X has to offer.

According to reports the 5G modem for the device was supposed to be produced on the Korean titan’s 5nm process originally, however, due to low yields Microsoft was forced to make a shift to TSMC’s 5nm node instead. This resulted in the lack of an updated Surface Pro X for 2021.