Locke & Key Season 2: All details about the cast and release date 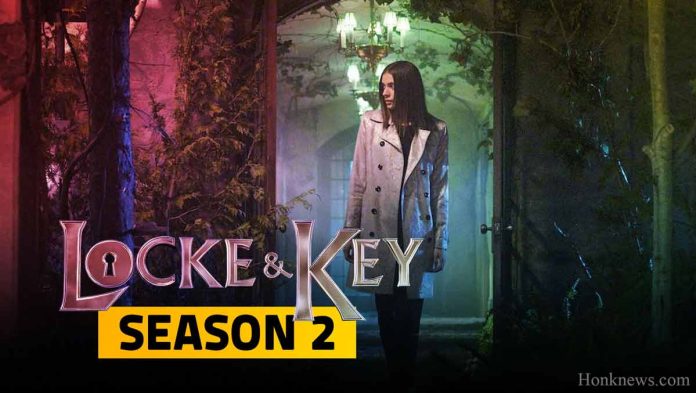 Locke & Key is a comic series and Netflix is all set to release the second season of Joe Hill and Gabriel Rodrigeuz’s adaptation. Netflix has already made the announcement about its release date and also released its official trailer simultaneously.

The first season was released on 7th February 2020, which has become a very successful one. It has become one of the most interesting horror series on Netflix.

The series’s first installment shows us the story of three children Tyler, Kinsey, and Bode. They have discovered some mysterious magic keys at the family home of their father named Rendell Locke, who has been murdered by a former student named Sam Lesser.

The series Locke & Key’s second installment is all set to be released just before Halloween on Friday i.e. 22nd October 2021.

Those who have not watched the first season, still have some time left to finish it before the platform released its next installment.

Netflix has also released its first teaser trailer for its second season along with the announcement of the release date. The trailer was released on 14th September 2021 The trailer shows us that the three children may face new threats in this season, from the hint of the trailer we can expect that. It also tempted us by showing the creation of a new key that could introduce viewers to a new supernatural monster.

At the same time, Bill Heck will also return as the Locke family’s dead father Cody Bird will return as Rufus Whedon. Aaron Ashmore and Hallea Jones are all set to play Duncan Locke and Eden Hawkins respectively.