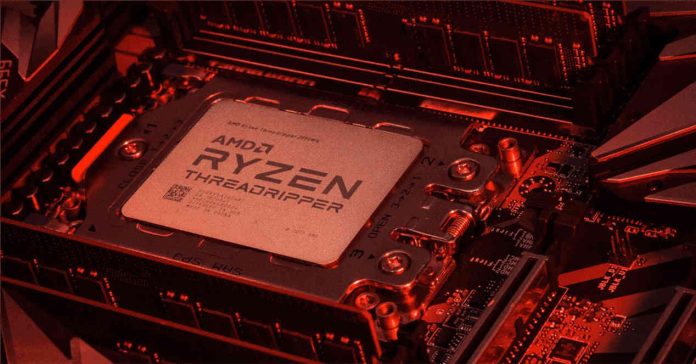 Advanced Micro Devices have reportedly delayed its plan of releasing the Ryzen 5000 series which was earlier slated for November 2021. This information comes from a renowned leaker who claims that the release of AMD’s Zen3 Threadripper CPU for consumer desktops has been delayed out of 2021.

“Chagall” is being delayed to next year which is nothing but a codename attached to AMD’s 5000 series Threadripper processors.

As we know, previously some of Gigabyte‘s information was leaked due to a ransomware attack where the manufacturer was hit by a ransomware gang. This led to much of the sensitive information being leaked from the company’s servers which included information about future hardware, the highlight of which was the Threadripper 5990X SoC.

And according to the leaked information the SoC was supposed to have 64 cores and 128 threads along with 256 MB of L3 cache, 64 PCIe 4.0 lanes, and 4-channel DDR-3200 memory. These cores are the same ones found on Threadripper 3990X and at the same time, the leak didn’t mention anything about 5000 series Threadrippers’ clock speeds.

Gigabyte being hit by a ransomware gang was indeed a tragedy, however, it provided us with some pretty important information and leaks.