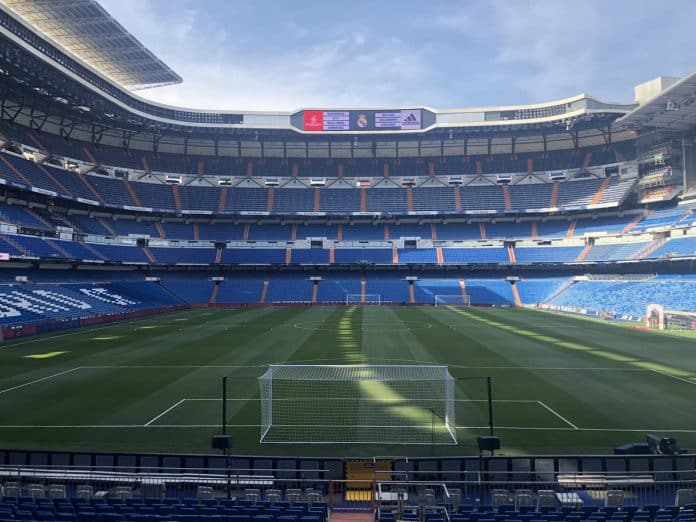 The Santiago Bernabeu was recently reopened after a lengthy renovation project that took place at the stadium. While the main stadium was being improved, the first team played all their games at the Alfredo di Stefano training ground, where no fans were allowed due to the pandemic restrictions anyway.

Real Madrid have now revealed that construction is still going on underneath the football pitch, on days that the team does not have a match at the stadium.

While fans might not be able to see it, construction cranes and materials are stored at the lower level. Builders are currently working on the construction of a retractable lawn that will be stored at the underground greenhouse. Lighting and irrigation systems have been installed right now to ensure the development of the greenhouse.

The plan for the construction workers is to present the final project, which will involve a rail system for the retractable lawn, by June. About 40 workers are participating in labour every day for eight hour shifts.

With the new retractable lawn system, Madrid will be able to expand their business model drastically. Not only will they be able to generate income from the football team, but they will also be able to host other occasions at the stadium such as concerts and congress meetings when the stadium is not booked already.

There is also the possibility that Madrid will integrate a basketball stadium for their team to play home games there. However, it is still a bit further into the future.

- Advertisement -
Powered by JustWatch
Share
Facebook
Twitter
Pinterest
WhatsApp
Linkedin
Previous article“Sardar Udham Singh”: The trailer of Vicky Kaushal’s featured freedom fighter film has been released
Next articleInter Milan has reported the highest ever loss for a Serie A Club of $285 Million