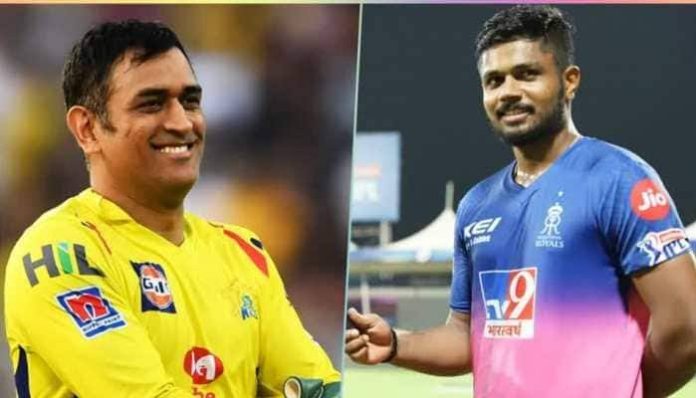 Today’s second fixture of IPL 2021 will be between Rajasthan Royals and Chennai Super Kings. This match will take place at the Sheikh Zayed Stadium in Abu Dhabi at 7:30 pm. Fans will be excited as Rajasthan are striving to qualify meanwhile, Chennai will try to maintain the top spot.

After winning their first game of phase two, Rajasthan Royals have lost three consecutive games. As a result, RR need to win all their remaining matches in hope of qualification. Moreover, their path to qualify also hinges on the results of the other team’s. The Royals will be concerned about their shaky middle order that collapsed against RCB.

Csk led by Dhoni have completely dominated phase two of IPL 2021. They have all their fixtures until now and are on course to finish in the top two slots of the table. All their players are performing well and subsequently, this CSK side will not make any changes to their playing 11.

With the current form of CSK, they are likely to be triumphant over this Rajasthan side today. Chennai are performing exceptionally in all fronts of the game. Meanwhile, Rajasthan Royals’ overseas stars and middle-order have not performed well.

Yashasvi Jaiswal is in terrific form as he has helped his side get a good start in most innings during phase two of IPL 2021. The Rajasthan opener’s inning will be extremely crucial today as their middle order has failed this season

Sanju Samson is at the third spot on the top run-getters list this season. The Royals captain has played extremely well and will play a major role in today’s game. He is expected to perform well after a small dip in the last game. Therefore he will be the vice captain of my fantasy XI.

The Bangladeshi pacer is the only Rajasthan bowler who has bowled brilliantly throughout this UAE phase. It is likely that Rehman will take wickets on this Abu Dhabi wicket that will offer some help for pacers.

Gaikwad has scored 211 runs in the past four games. The above stat is an example of his current level of form. As a result, his inclusion in the fantasy XI was obvious. He will be my captain for today’s fixture.

Dwayne Bravo has consistently picked up two to three wickets for Chennai and has bowled extremely well in the death overs. Therefore he is expected to breakthrough the shaky middle order of Rajasthan.

Along with Gaikwad, Du Plessis has played extremely well in this phase of the tournament. Hence I have selected the South African batsman for this game.

Sharduk Thakur has consistently taken wickets for Chennai and is a great asset to the team. The Indian medium-fast bowler has given good points on regular basis and is expected to perform well today.

Evin Lewis played a spectacular knock of 55 against RCB in the last game and was the highest scorer for them. The West Indian is a great player to have because he can accelerate quickly and give a lot of points.

Coming in at number three Moeen Ali has consistently scored 25-40 runs in every game. Moreover, his off spin could create a difference as spinners got few wickets in the last fixture at Abu Dhabi.

Apart from a poor display against Rcb in the last game, Sakariya has taken important wickets for the Royals. Therefore one can expect him to get back in the wickets column today.

Rayadu has adapted to his role of finishing games for Chennai very well. His recent knocks are an example of that and he could score big against an opposition that is not performing at its best.