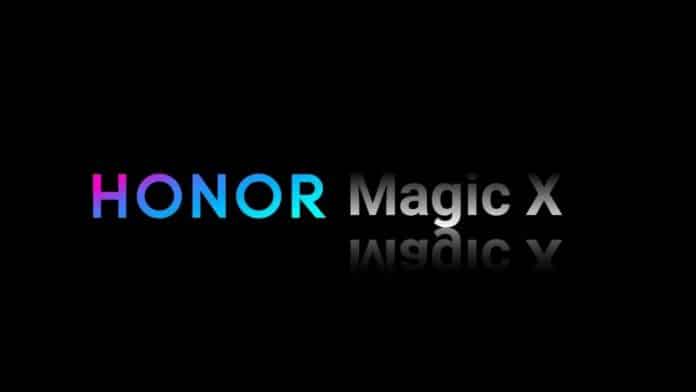 HONOR is allegedly still planning to launch its first foldable before the end of this year. The device will have a familiar design, a tipster says. This information comes from a Chinese tipster, who shared the info via Weibo. He says that the phone will be called the HONOR Magic X, and that it will have a rather familiar design.

After becoming China’s third-largest smartphone brand, the firm’s CEO, George Zhao, said that the company will focus on increasing its popularity in the high-end smartphone market.

This comment by Zhao fueled suspicions that the firm is planning to introduce its own flagship phones, similar to Huawei’s well-received Mate and P series. Now, a well-known Chinese leaker claims that Honor is hard at work on its first-ever foldable phone. The phone’s codename is Magic X, and it’s expected to be released in the fourth quarter of this year. The tipster stated in their Weibo post that the Honor Magic X foldable phone will look very similar to the Mate X2 in terms of design.

According to a prior rumor, the phone would have an 8-inch flexible display with a 6.5-inch cover display. As previously said, BOE will allegedly build a flexible display. At the time of publication, the business was working on creating an improved ultra-thin glass that provides dependable protection against harm to such gadgets. Furthermore, the data revealed that Honor’s upcoming foldable phone would be in the form of a book, with a flexible display that can be folded into the body.

Now, the HONOR Magic X, if it gets announced soon, will ship with Google services pre-installed. HONOR is no longer banned by the US, as it split from Huawei. The US is considering whether to ban HONOR again, but that hasn’t happened just yet, and it’s possible it won’t at all. When it comes to its specs, we don’t have any information, other than the display information we’ve mentioned. The phone will likely offer high-end specifications, though, and be made out of premium materials.