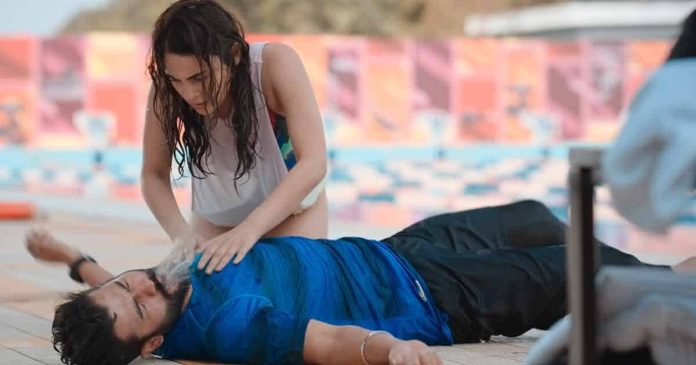 The industry of entertainment is one of the known sectors that keeps growing even in the pandemic situation. On the topic of entertainment, there are OTT platforms that are ready to supply a sufficient amount of stuff as all the people were stuck due to the covid-19 lockdown situation.

Here is a list of shows coming in October on Disney+ Hotstar:

The story of the film is based on two star-crossed souls who are just involved in a passionate romance. The trailer of the film depicts the two love birds Kartika and Jaggi who are a very young pair. We can feel sparkling chemistry in between them, but it seems that destiny has made another plan for them as the woman is going to tie her knot with someone else but they are very close with each other.

While Kartika has saved him from drowning and provides him CPR, he considered it a kiss, and after that, he does not waste a single bit of time to hide his feelings from her, after knowing the fact that she bounded with someone else.

It is mainly a Tamil drama film. It has been directed by  Vineeth Varaprasad. It has been cast by Kavin, Amritha Aiyer.

It is an incredible action film that starts with fighter plane flying scenes over the sea scenes. In this film, we will be going to see a new kind of war that will be happening in the sea between two ships. Previously we have seen most of the Bollywood film war scenes either inland or in the sky, but this time the action will be happening in the middle of the sea. The trailer also shows a bit action scene on the train.

The war between the two ships seems to be terrible as one the head of one ship will be burst and both ships keep continue firing on each other in the middle of the sea and due to the fight the water of the sea become terrible with waves.

Neeraj Pandey has already been confirmed about this Indian web series for the shooting and it is also expected the same in October at the ending. This latest web series in October 2021 will be Kay Kay6 Menon as Himmat Singh. It is an upcoming series that will come in three episodes for explaining to happen.

We will be going to see Richa Chadha and Pratik Gandhi have set to come for their latest web series Six Suspects. It has been set to be a crime murders story that is based in Delhi. It seems that the filing for the same has been wrapped and also become to be expected the trailer will come in this week.