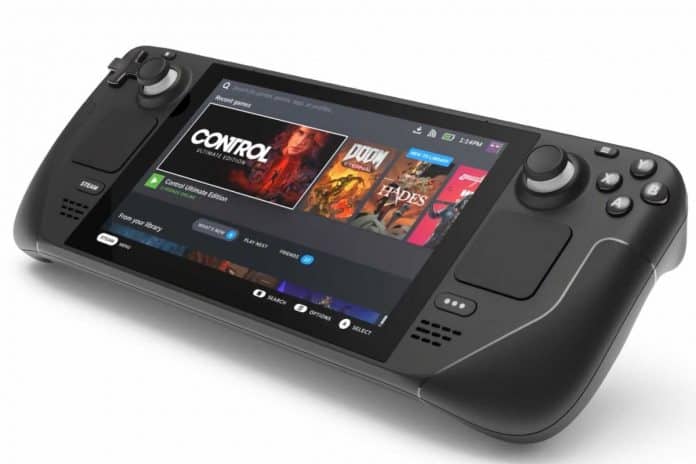 Valve’s most anticipated Steam Deck will reportedly hit the market in December 2021. however, according to recent sources, we now have access to an early preview of the handheld PC, courtesy of a lucky Chinese netizen who has managed to get his hands on a development kit. Being a development kit, the retail unit’s performance will likely vary so approach the benchmarks with an open mind.

As we know, the handheld PC utilizes a custom AMD APU bringing out AMD’s Zen 2 and RDNA 2 microarchitectures onto a single chip. The processor is a quad-core, eight-thread processor with clock speeds that vary between 2.4 GHz and 3.5 GHz.

In the tests conducted by the Chinese user, in the Shadow of the Tomb Raider, the Steam Deck delivered an average frame rate of 30 FPS on the highest setting. There was also no mention of the reviewer noticing any stutter in the gameplay.

Dropping the graphics preset to high brought about the average frame rate to around 36 FPS.

Next up was Doom, the frame rate fluctuated around the 60 FPS mark on the medium setting, and on a more demanding preset, the Steam Deck pushed out 46 FPS, however, the gameplay was still smooth.

Enter the dragon, Cyberpunk 2077, which can cripple even the best graphics cards, was tough on the Steam Deck. When played on a high preset, the frame rate oscillated between 20 FPS and 30 FPS, and the freezing was evident. You need to lower the graphics setting to medium or low to get decent performance.

The reviewer also states that while testing for about three hours of game time, the battery life went from 100% to 46%. This is the development kit so there is a margin for optimization.