Andre Onana will not extend his contract with Ajax; Inter target free signing in 2022 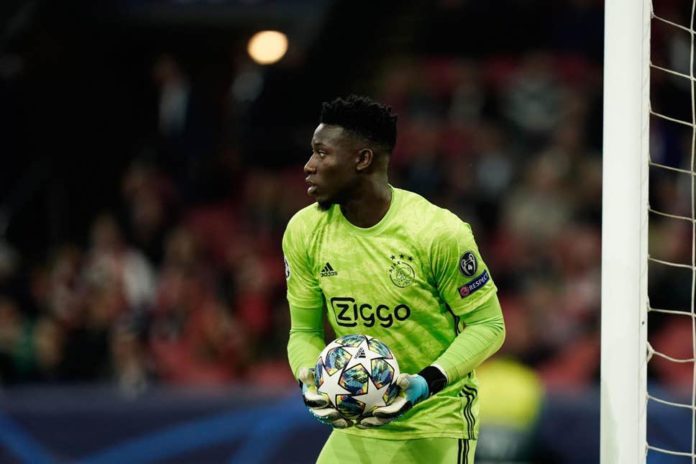 Andre Onana of Ajax has decided to not extend his contract with the Dutch club any further. His current deal runs out in June 2022, and he will be available for a free transfer for any club that wants to sign the goalkeeper next year.

“We are not in talks to extend Onana’s contract. We have already tried this then we moved on”, said Ajax director Marc Overmars. They are now planning to replace the Cameroonian goalkeeper with another player once he departs.

Inter Milan are the club that are leading the race to sign the player right now, with the Nerazzurri searching for an heir for their current captain, Samir Handanovic. The 37-year-old has been at the club for a long time and is entering his final years at the top level, and the player will be 38 by the time the transfer window of 2022 rolls around.

Arsenal keeper Bernd Leno is not on the list for Inter Milan, and they are only interested in Onana on a free transfer next summer. The player was previously reported to have an agreement with several clubs, including Arsenal. However, he ended up staying at Ajax owing to the doping issue that prevented him from playing.

Onana was a part of the Ajax team that made it to the semi-final of the 2019 Champions League, and will now move to a top club in Europe. Inter Milan currently lead the race, but a lot can happen between now and the summer window next year.