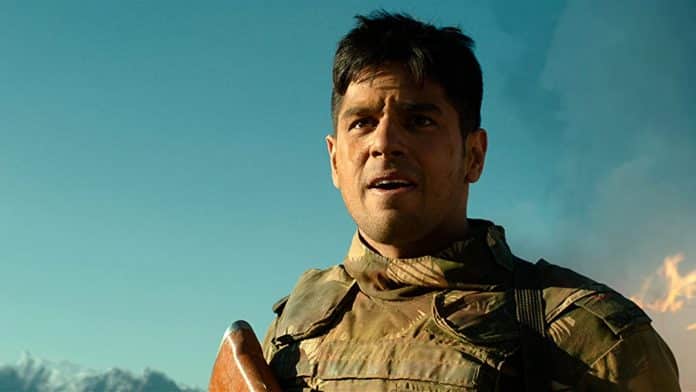 In this recent time, almost everything is becoming digital. This generation does not watch TV at all, and everyone is investing their time on the internet, social media, and digital platform. So, nowadays, many directors and producers are creating movies that are released in the digital platform called OTT platform, which makes it easy to access any series or tv shows at any time and anywhere.

There are many options available now to watch, so people are getting confused about protecting from the unlimited number of lists. Therefore, we made a sorted list of movies watched mainly by people in India last week, which will help the people not miss the best one.

Here we present the list of Top 10 movies that were most watched in India for the last week:-

The Suicide Squad is a story about Amanda Waller’s Task Force X, a team of metahuman scum who are hired from the dreaded Belle Reve penitentiary, a facility specially designed to contain superpowered criminals. It is James Gunn’s movie. The movie The Suicide Squad was released in India on Thursday, i.e. on 5th August 2021.

Shershaah is a 2021 biographical war film. It is directed by Vishnuvardhan and written by Sandeep Srivastava. The film was produced by Karan Johar, Hiroo Yash Johar, Apoorva Mehta, Shabbir Boxwala, Ajay Shah, and Himanshu Gandhi. Its production companies are Dharma Productions and Kaash Entertainment.

Shershaah movie is based on the life of Captain Batra, who was killed by the enemy by fire in order to rescue a fellow officer. Vikram died on 7th July 1999. This film is an attempt to celebrate the valiant spirit of the soldier and also to honour his sacrifice in the Kargil War 1999.

4. Those Who Wish Me Dead

Those Who Wish Me Dead is a 2021 American neo-Western action thriller film. It is directed by Taylor Sherdian and the screenplay was done by Michael Koryta, Charles Leavitt, and Sheridan. The film is based on Koryta’s novel named Those Who Wish Me Dead. The film follows a boy (Finn Little) who witnesses the murder of his father and goes on the run with a  smokejumper in the Montana wilderness to escape a pair of assassins hired to silence him.. It also stars Jon Bernthal, Medina Senghore, and Jake Weber.

Those Who Wish Me Dead aired on 5th May 2021 in South Korea and was released in the United States on 14th May by Warner Bros. Picture under the New Line Cinema banner, both in theatres and digitally for one month on HBO Max.

Knives Out is a 2019 American mystery film. It is written and directed by Rian Johnson. It is produced by Ram Bergman and Rian Johnson. The production company is T-Street. It is distributed by Lionsgate and MRC. It was released on 7th September on TIFF and on 27th November in the United States. It stars Daniel Craig, Chris Evans, Ana de Armas, Jamie Lee Curtis, Michael Shannon, Don Johnson, Toni Collette, Lakeith Stanfield, Katherine Langford, Jaeden Martell, and Christopher Plummer.

Venom is a 2018 American superhero film. It is directed by Ruben Fleischer. The story is based on a Marvel Comics character named Venom. The story was written by Jeff Pinkner and Scott Rosenberg. It is produced by Avi Arad, Matt Tolmach, and Amy Pascal.

It is a story of a heist, after five months of heist a mysterious and wild-eyed, new security guard for a cash truck surprises his co-workers when he unleashes precision skills during the heist. The crew kept on thinking that from where he came from, soon the ultimate motive reveals and it becomes clear. It was released on United Artists Releasing in the United States and Lionsgate in the United Kingdom on 22nd April 2021 (International) and 7th May 2021 (United States).

Spider-Man: No Way Home is an upcoming American superhero film. The film is based on Marvel’s comic character named Spider-Man by Stan Lee and Steve Ditko. It is directed by Jon Watts and written by Cris McKenna and Erik Sommers. The film is produced by Kevin Feige and Amy Pascal, its production companies are Columbia Pictures, Marvel Studios, and Pascal Pictures. It is further distributed by Sony Pictures Releasing.

9. Spider-Man: Into the Spider-Verse

Spider-Man: Into the Spider-Verse is a 2018 American computer-animated superhero film. The film is based on the Marvel Comics character Miles Morales. The film is produced by Columbia Pictures and Sony Pictures Animation in association with Marvel. It is distributed by Sony Pictures Releasing. It is a first animated film in the Spider-Man franchise. It is produced by Bob Persichetti, Peter Ramsey, and Rodney Rothman and screenplay was done by Phil Lord and Rothman. he film’s story follows Miles Morales as he becomes the new Spider-Man and joins other Spider-People from various parallel universes to save New York City from the KingPin.

Abominable is a 2019 computer-animated adventure film. It is produced by DreamWorks Animation and Pearl Studio. The film is written and directed by Jill Culton and co-directed by Todd Wilderman. The film stars the voices of Chole Bennet, Albert Tsai, Tenzing Norgay Trainor, Eddie Izzard, Sarah Paulson, Tsai Chin, and Michelle Wong.

The film follows a teenage girl named Yi, who encounters a young Yeti on the roof of her apartment building in Shanghai, names him Everest and embarks on an epic quest to reunite the magical creature with his family at the highest point on Earth along with her mischievous friends Jin and Peng, but the trio of friends will have to stay one step ahead of Burnish, a wealthy man intent on capturing a Yeti, and zoologist Dr. Zara to help Everest get home.