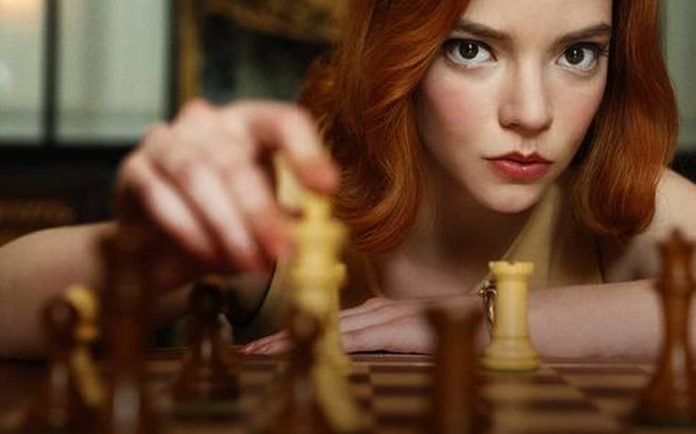 In this era of the digital world, which means all the live streams and the announcement, Netflix has dropped the trailer of TUDUM: A Netflix Global Fan Event that has been come with all the highlights of all the star event’s talented line-up.

In this trailer, we have seen the hosts who are trendy public faces and urging for the fans to mark the dates in their calendars for the three-hour show that will come from 25th September; the streaming giant has organized the first-ever global fan event as no one could not miss that day.

We have already seen many live events and such announcements as Nintendo Direct, E3, Apple’s annual iPhone launch event, and many others. The biggest streaming giant has just announced its event that reveals its upcoming shows to the fans. We will like to update you that Stranger Things has been the most popular series, and Queen’s Gambit has taken second place.

The second season of this series shows a highly complex situation for Otis after he becomes very conscious about his feelings for Maeve (Emma Mackey), and also that time, he was facing a few ups and downs with his close friend Eric (Ncuti Gatwa).

All the characters in this series are very funny, complex, and relatable with reality; one thing is guaranteed that if you start to watch the series, you will get obsessed with it. Season 3 of Sex Education is on the way to launch.

The story is based on the political rivalries and romance based on Queen Elizabeth’s reign and such events that have given the shape to the second half of the twentieth century.

It is a story based on FBI agents Holden Fiord and Bill Tench, along with the psychologist Wendy Carr who has operated for the FBI’s behavioural science unit within the Training Division to the FBI Academy in Quantico, Virginia.

It is mainly a British anthology TV series that has been created by Charlie Brooker. It mainly revolves around The Twilight Zone and also utilizes technology for commenting on such contemporary social issues.  In this, Brooker has written most of the episodes.

It is a story of a financial advisor who has dragged his family from Chicago to the Missouri Ozarks. The place where he would launder the money for appeasing the drug boss.

In this series, Sir Reginald is alive and fine and exposes the shocking existence of The Sparrow Academy. Five figures and a glowing green cube appear before The Umbrella Academy on the second floor in the library; it is the most shocking reveal about them all to come back; Ben Hargreaves is also alive and well and have no idea about those people.

Sir Reginald also exposed his future self’s mistakes. Sir Reginald wants to avoid the same kind of mistakes, so he has adopted different children. As in the events of “A Light Supper,” the identity of Ben was secret, so he is likely to be adopted by him.

The centre of the story is Vesemir. You will also get more key updates through Netflix themselves in the posts of social media. It is the upcoming animated Witcher film contained with many voice cast like Theo James, who is popular for his lead role to the Divergent series; he is the voice behind Vesesmir. Before he also gives his voice in the first season of The Witcher, Vesesmir has grown up as the servant on a nobleman’s estate who is working for a long day to get too little coin. He has yearned just to break and also free of his social standing to explore the continent and find out his destiny.

It is a very famous and incredible Netflix original series. The original title of this is La casa de Papel. The story of this series revolves around a professor who has a criminal mastermind gather eight thieves to take the hostages and lock themselves in the Royal Mint, which belongs to Spain.

It is a story of a lady who was orphaned at the young age of nine, that prodigious introvert Beth Harmon who has discovered and masters all the games of chess in 1960s USA. In this child, stardom has come at a price.

It is a story of a young boy who has been disappearing, his mother and the police chief and his friend have been confronted by such terrible supernatural powers to get back him.