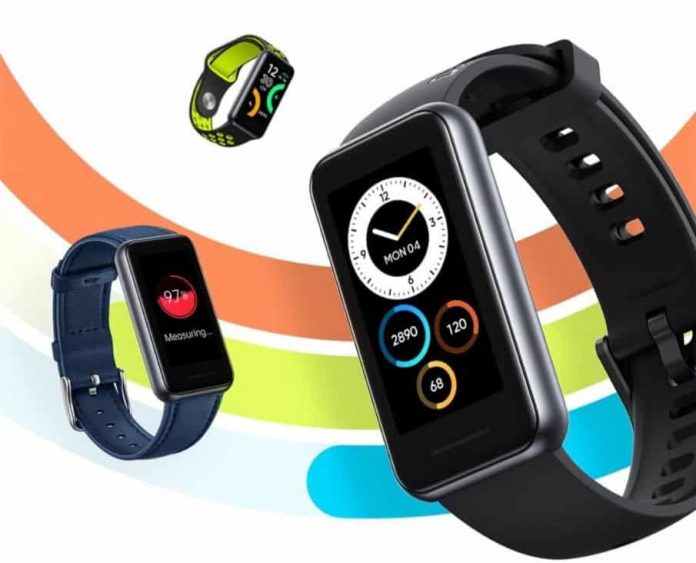 Realme held a launch event today where the brand unveiled the Narzo 50 Series, the Realme Band 2, and the Realme Smart Neo 32″ TV.

Coming to the Band 2, the following are the detailed specifications of the latest wearable from Realme:

The Realme Band 2 has a 1.4″ touchscreen with a resolution of 167 x 320p. The smart band offers a peak brightness of 500 nits so that you will be able to look at the screen clearly even on sunny days.

The Band 2 is equipped with three LED drivers, one PhotoDiode or PD, one analog front-end, and a GH3011 sensor.

Coming to the health sensors available, the Band 2 supports 24-hour heart rate monitoring, users have the option to opt from intervals like 5 minutes, 10 minutes, 20 minutes, or 30 minutes as per their requirement.

The Realme Band 2 also monitors blood oxygen saturation. The highlight of the wearable is the 90+ sport modes available, it supports activities from running, cycling, strength training, swimming, and so on. The Band 2 can record daily and weekly total exercise time and the total calories burned.

Realme has made the Band 2 5 ATM water-resistant. It is backed by a 204mAh battery that will last for up to 12 days on a single charge.

Users can use the Realme Link App and control IoT devices such as earphones, smart light bulbs, and more through the Band 2. The Band 2 also offers over 50 dial faces.

The Realme Band 2 has been priced at a modest 2,999 INR. The wearable will go on its first sale on the 27th of September from 12 PM onwards. It will be available on Realme.com, Flipkart, and other retail stores.