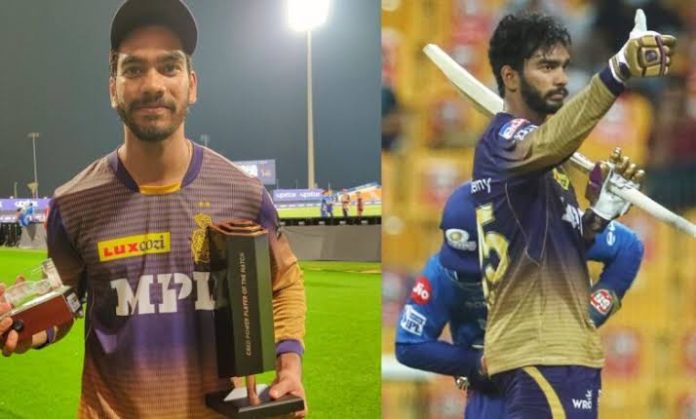 Venkatesh Iyer who made his debut for Kolkata Knight Riders against Royal Challengers Bangalore in phase two of IPL 2021 has taken everyone by storm. Making his first appearance for Kolkata, the opener played a flamboyant inning of 41 which consisted of seven fours and a six.

Subsequently, Iyer received a lot of praise from fans, analysts and several other cricketers for his excellent stroke play against world-class bowlers. Similarly the opener gave Kolkata a great start against Mumbai Indians while chasing a total of 156.

He breezed off to an unbelievable start as he sent the pace trio of Bumrah, Boult and Milne to the cleaners. Venkatesh scored a quickfire 53 of 30 balls before getting dismissed by Bumrah. The Kolkata batsman set the platform for the team along with Tripathi which helped the team secure a comprehensive victory against Mumbai Indians.

Transformation of Venkatesh Iyer as a Opening batsman

Following an impressive start to his IPL career, let’s take a look at how Venkatesh Iyer got selected. Playing for Madhya Pradesh in the domestic circuit, Iyer was an all rounder who came in at number six and had the ability to bowl few overs.

However, Iyer transformed into a different level after switching positions in the batting order. The MP batsman scored 227 runs in five innings in the Syed Ali Mushtaq Tournament. Therefore his coach’s decision to promote him as a opener worked wonders for his career.

Consequently, Venkatesh got picked by KKR at the base price of Rs.20 Lakhs in the auction. The 26-year-old waited patiently before making his debut in this phase and grabbed his opportunity with both hands.

There is no doubt that Venkatesh Iyer has the potential to become a world-class opener. Moreover, he can break into the limited-overs squad of the Indian team in the future if he continues this form. After seeing his terrific display in the two games for Kolkata, several analysts and cricketers showered him with great praise.

As a result, let’s take a look at some of the tweets of the analysts and cricketers. Irfan Pathan tweeted “Fire power has come back to kkr with #VenkateshIyer up the order. Solid victory that. #rahultripathi #kkr.”

Kolkata fans will be extremely happy after finding a great opener in the form of Venkatesh Iyer. They will hope that the MP opener continues his exhilarating form and help KKR reach the playoffs of IPL 2021.

India’s ODI squad for South Africa: Venkatesh Iyer will be playing in ODI after having a successful Hazare show