“Passing”: All We Know about Tessa Thompson’s drama film 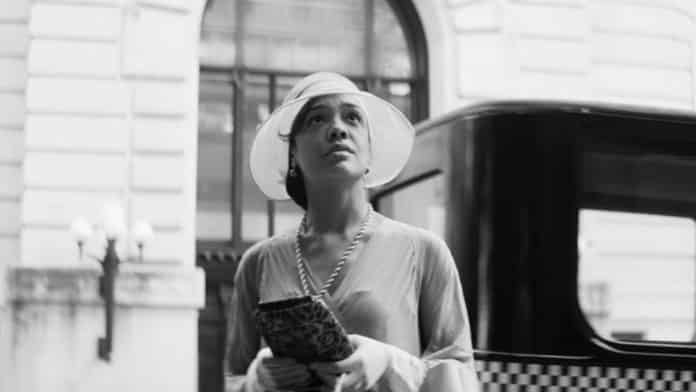 Netflix has released the first trailer of marvel star Tessa Thompson Netflix’s film. It is the latest upcoming period drama. The story of the film has been adapted from the novel of Nella Larson’s novel of that exact name, this film has followed Irene Redfield and Clare Kendry.

The two of the white-passing Black women were once good childhood friends, but somehow they have been drifted apart while they have been decided to live on the opposite sides of the colour line in 1920a New York.

At last, a chance has been encountered to reunite them, them a suspicious and actual intrigued Irene has been invited Clare to her home, the place where the latter becomes close to the family of Irene’s husband. After that Irene starts to realize that Clare just has quite made the impression with her own social circle also, and their lives become more and more twisted, and her sense of self threatens has been unravelled.

This film is basically the riveting examination of such obsession, repression, and also the lies that people have told themselves and others to save their carefully built realities. The notion of their film is not just for the racial identification but also gender and the responsibilities of the motherhood, sexuality and also based on such femininity performance.

This film is featuring Gbenga Akinnagbe, Antoinette Crowe-Legacy, Alexander Skarsgard. This film is also the directional debut of the star Rebecca Hall, who has also written the screenplay. In this Nia Yang Bongiovi, Margot hand, and Forest Whitaker are the producers.

This film will release worldwide on 10th November 2021. Before that, it will be released on 29th October in the UK.

Here  is the trailer: