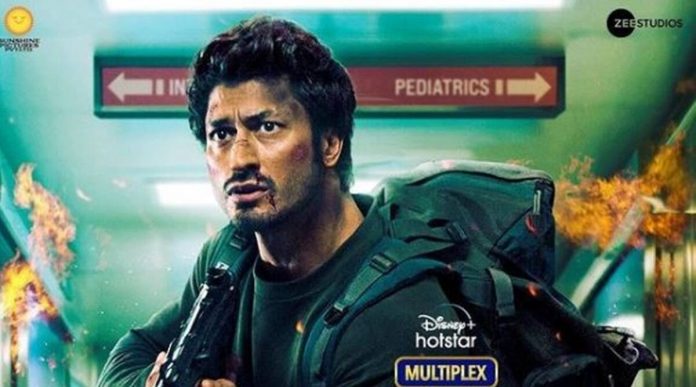 The war between the two ships seems to be terrible as one the head of one ship will be burst and both ships keep continue firing on each other in the middle of the sea and due to the fight the water of the sea become terrible with waves. This film is featuring Rukmini Maitra, one of the gorgeous Tollywood artists. The trailer ends with the entry of the Vidyut Jamwal into the ship in such incredible action mode.

This is the fifth movie of Vidyut Jamwal with the producer Vipul Amrutal Shah. After sharing the poster of the film Vidyut Jamwal write,” #Sanak karegi saari hadein paar!”. The story has been written by Ashish Prakash Verma.

Rukmini Maitra also congratulates on Twitter by posting images of them.

The release date of the film has not been declared yet. The fans have to wait a little more to watch the film. The film will be released on Disney + Hotstar.