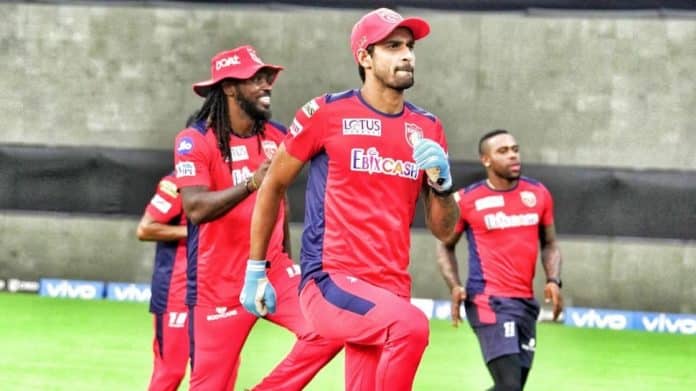 It is no secret that BCCI is extremely strict in terms of matters regarding corruption. Subsequently, the Board’s Anti Corruption Unit that is lead by Shabir Hussein Shekhadam Khandwawala is keeping close tabs on phase two of IPL 2021 held in UAE. Thus a Twitter Post by Deepak Hooda ahead of PBKS’ game against RR sparked a lot of doubts and hence the ACU team will check this post.

It is to ensure that there has been no breach as per the anti-corruption guidelines. In a conversation with ANI, an unnamed ACU official said that they will check whether the Punjab Kings all rounder’s post on Twitter has violated any BCCI guidelines.

“ACU will look into this post. Our restrictions are that there shall not be any talk about the composition of the team“

How did Deepak Hooda fall in trouble for a Tweet?

On Tuesday ahead of Punjab’s opening game of phase two against Rajasthan, Deepak Hooda went on Twitter and posted a picture where he was knitting up. He captioned this post : “Here we go @punjabkingsipl #pbksvsrr #ipl2021 #saddapunjab.”

Thereafter the rumours regarding Hooda leaking team composition came forward in the media. Hence every social media move made by the players is getting monitored closely. Former ACU chief Ajit Singh explained the reason for such strict monitoring by the committee.

“See, while the number of venues is less, the hurdles of physical movement due to the coronavirus pandemic also means that approaches if any will be made through social media. So, we are going to be closely monitoring the same and ensuring that there is nothing that escapes the team’s eyes,”

The former ACU chief also mentioned that even if PR handles the social media accounts of the players, they have to take utmost care regarding every single post.

“Yes, it is handled by their teams in some cases. But at the end of the day, it is their accounts. So, the players must have a team around them which is aware of these things and no sooner they see anything suspicious, they should report the same to us. It has to be a joint effort.”

Comment below if you think Deepak Hooda’s Tweet is blown out of proportion or whether ACU is taking the right measures.

IPL 2022: Shikhar Dhawan is the final choice to Captain Punjab Kings in the 15th season of IPL