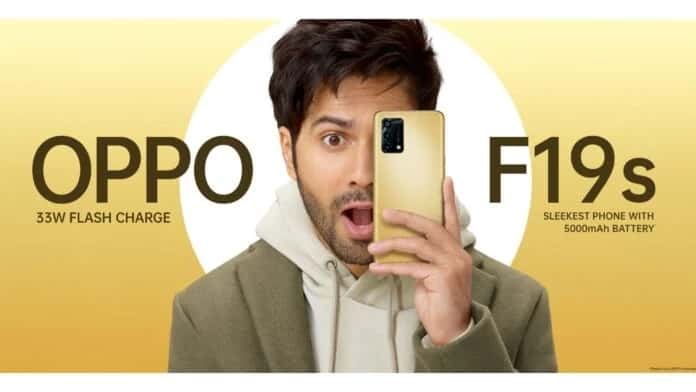 Oppo has officially confirmed the launch date of Oppo F19s in India. The brand will be launching the new F series smartphone in the country on September 27th later this month. Ahead of the launch, Oppo has also teased the key specs of the upcoming F19s.

Oppo F19s will go on sale in India via Flipkart. The phone’s microsite on Flipkart has also confirmed the F19s launch date. It also reveals that the company will also be launching the Oppo Reno6 Pro 5G Diwali Edition in India soon.

Oppo has released a couple of teasers on Twitter to confirm that the Oppo F19s will come with a hole-punch display design and triple rear cameras. One of the renders available on Flipkart also suggests that the phone features a 48-megapixel primary camera sensor at the back. Further, the phone is teased to have a 5,000mAh battery with 33W Flash Charge fast charging support. The F19s will feature a 3D curved body with a 7.95mm thickness, according to a teaser available on Flipkart.

In addition to the teasers, the Oppo F19s specifications have been suggested by a Geekbench listing. The phone is listed with a model number CPH2223 that is believed to be of the F19s. It suggests that there is an octa-core Qualcomm Snapdragon 662 SoC, along with 6GB of RAM. The listing also suggests that the Oppo F19s runs on Android 11 out-of-the-box. Previous rumours suggested that the F19s would include a 6.43-inch full-HD+ AMOLED display and a 16-megapixel selfie camera sensor.

Alongside the Oppo F19s, Oppo seems to have plans to launch the Oppo Reno 6 Pro 5G Diwali Edition and a Blue colour variant of the Oppo Enco Buds true wireless stereo (TWS) earphones in the country. Flipkart has featured both the new devices with the F19s listing with a “coming soon” tag. The launch may take place around Flipkart Big Billion Days 2021 that is starting on October 7.

The above-shown teaser image shows that the Reno6 Pro Diwali Edition will sport a new paintjob. In terms of specifications, it could be identical to the existing Reno6 Pro.