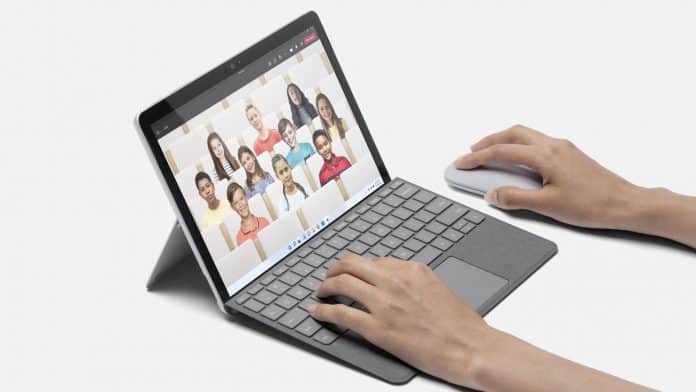 At its September event yesterday, Microsoft announced its Surface Go 3, which is the successor of one of the best cheap laptops you can buy today, the Surface Go 2.

the latest Surface Go 3 is similar to the Surface Go 2 in terms of looks and both these devices have the same 10.5-inch 1920 x 1280 display, the same set of cameras and speakers, the same ports, and the same dimensions. So what’s different you ask?

The most significant difference between the models is that the Surface Go 3 will be updated with new Intel processors. The Surface Go 3 can be configured with an Intel Pentium Gold 6500Y or Core i3-10100Y, which is a straightforward upgrade over the Go 2, which came with a Gold 4425Y or a Core m3.

According to the announcement made by Microsoft, the new Surface Go 3 will utilize the new chips making it an even more powerful device for out-and-about use and it will be up to 60 percent faster than its predecessor.

The Surface Go 3 starts at $399.99 and is now available for preorder on the Microsoft Store in “select markets.”