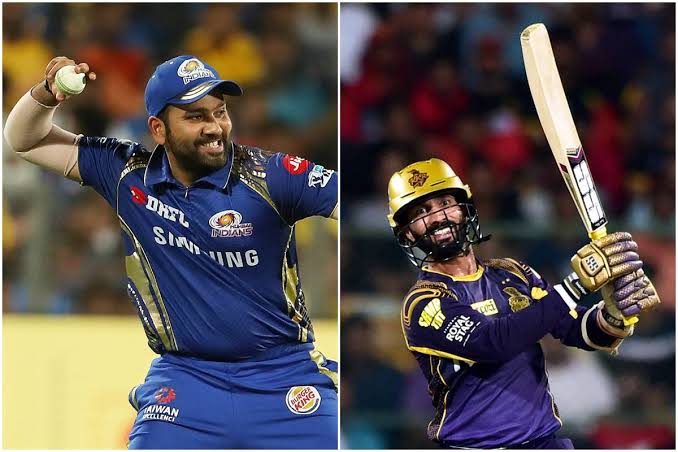 Whereas Mumbai Indians suffered a 20 run loss against Chennai Super Kings in their first game on 19th September. As a result, this fixture will be very interesting as KKR can get to an equal footing with MI on points with a win today.

Mumbai Indians who have 8 points out of 8 games cannot afford to lose any more games in order to qualify for the playoffs. With RR and KKR winning their respective games in the last few days, Mumbai will be under a bit of pressure against Kolkata. Moving to the team news, there is no confirmation regarding Rohit Sharma and Hardik Pandya’s availability for today’s game.

An impressive nine wicket win against RCB will definitely boost the morale of KKR players ahead of their fixture against MI. However, they need to continue this winning momentum as they require five wins out of their six remaining games. With Venkatesh Iyer solving the opening conundrum, Kolkata will likely name an unchanged lineup.

Fantasy XI for the Match

Andre Russel displayed an excellent performance with the ball against RCB. He picked up three wickets out of which one was of the dangerous Ab De Villiers. With the All rounder coming back to form, I have selected him as my captain.

Despite leaking runs in the last game against Csk, Bumrah dismissed Jadeja and Bravo. One can expect the pacer to deliver some goods on this Abu Dhabi pitch. Therefore I have selected Bumrah as the vice captain for today’s match.

Similar to Bumrah, Boult was sent to the cleaners in the last game against Chennai. However, the Kiwi pacer took the important wickets of Du Plessis and Raina. Hence the pair of Bumrah and Bout could end up picking apart the KKR batting order.

Lockie Ferguson’s pace and bounce can trouble the likes of Pollard and Saurabh Tiwary which can be crucial in today’s match.

Chakravarthy has been the most effective spinner in the UAE phase of IPL 2021. As a result, he is a good choice for today’s game.

Shubman Gill has performed consistently for the Kolkata since his debut for the team. His 34 ball 48 is an indication of his good form in this IPL.

Quinton De Kock is a crucial player and if Rohit misses out he will play an important role in today’s game. Moreover, he was looking good against Csk before getting dismissed by Chahar.

Suryakumar Yadav has a good record against KKR as he slammed a 36 ball 56 against them during their faceoff during the Indian leg of IPL 2021. Owing to his recent form, I have selected him in the lineup.

Saurabh Tiwary was the highest run scorer for Mumbai against Csk in the first game of phase two of IPL 2021. Therefore he is a type of player who can hold the innings against KKR if the top order collapses today.

Venkatesh Iyer who was handed his debut against RCB played some elegant shots and scored 41. Hence he is a good player to pick alongside Shubman Gill as a batsman in this fantasy 11.

Adam Milne is in this lineup following an excellent fast bowling display against Chennai. He was the pick of the bowlers for MI for his spell of 4-21-2. As a result, this pace bowling trio consisting of the Kiwi duo is expected to provide breakthroughs.

Mumbai Indians have an excellent record against Kolkata Knight Riders as they have only lost once against them in the last 12 matchups. Thus I believe that Mumbai will emerge victorious considering the fact that the Kolkata middle order has been shaky and the Mumbai pacers will end up exploiting this weakness.