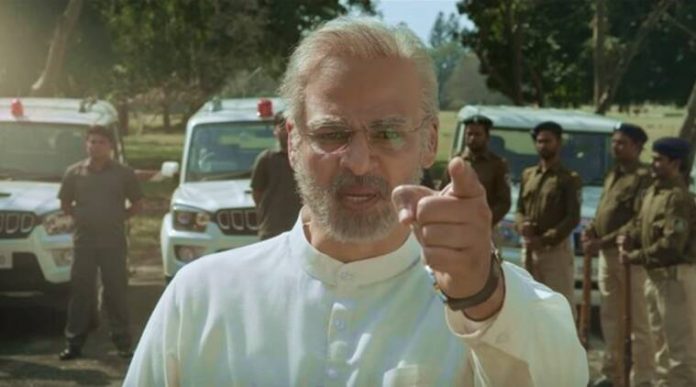 This year our beloved PM Narendra Modi has celebrated his 71st birthday, on that occasion MX Player has declared that they will stream the biopic of Narendra Modi. The streamer also has shared the news to his official Instagram handle. After sharing the news MX Player has revealed the trailer of the movie.

Last Friday, MX Player has celebrated this special occasion by revealing to his viewers the inspirational story of India’s one of the most honourable Prime Minister Narendra Modi. The streamer has dropped the trailer of the biopic and said to the users that the movie will be premiered on the site from 23rd September 2021, onwards. The streamer has written, “Dekhiye humare Pradhan Mantri, Shri Narendra Modi Ji ki bJahani in ‘#PMNarenndra Modi’ streaming free from 23rd September”.

After a few seconds of drooping of the post, all the fans start to show their excitement for the film. Some commented that “Awaiting thanks MX,” while some have written “Super excited.” A netizen chipped in, “Thanks a lot…M.X. PLAYER.” And some commented as “Jai Hind”.

The film mainly depicts the struggle of PM Narendra Modi and the strife of Modi, the story film has started from the childhood of our beloved PM and his love for the country. He has taken the decision to become a monk and all his struggle throughout this journey. In this film, we will also see his fight against the Kashmir Terrorist attack, his clash with respected Indira Gandhi, his lion attitude to terrorism.

It is a story of a tea seller boy to become India’s most honorable PM. We all know about his surgical strike against Pakistan for Kashmir. This movie beautifully reveals his transformation with such an intriguing undertone with such important real-life events that happened in the life of India’s foremost leader. It is expected that he will lead our nation as a great leader.

MX Player has announced that this film will stream from 23rd September 2021.