Lenovo to launch its new variant of the Xioaxin Pad Pro with a 12.6-inch OLED display 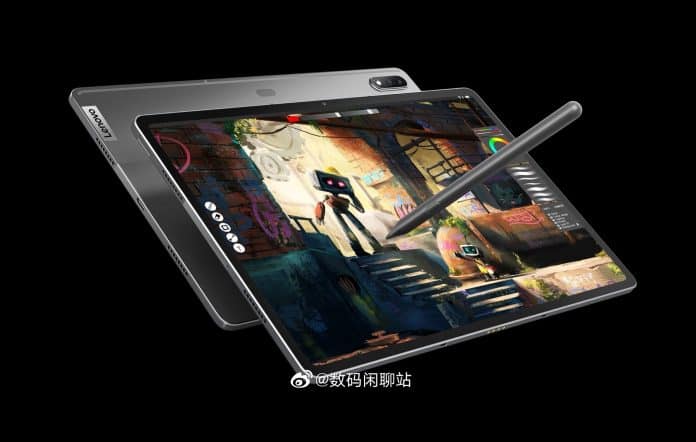 Lenovo, one of the world’s largest PC makers has just announced that it is planning to launch a larger variant of the Xiaoxin Pad Pro. The Xiaoxin Pad Pro is originally a tablet that it launched with an 11-inch display and so far, the company has only confirmed that the tablet has a 12.6-inch display, that it runs ZUI 13, and that it supports active pen input.

But, the internet is a great place and the folks at Digital Cha Solution have posted some amazing information about the upcoming device. We now have an idea that the tablet’s display runs at 120 Hz and relies on OLED technology.

Sources also confirm that the 12.6-inch display should run natively at 2K, underlining its flagship credentials. From what the leak has offered so far, we have an understanding that the tablet also has four speakers, a USB Type-C port, pogo pins for a keyboard, and three cameras.

Lenovo has also provided a fingerprint scanner on the top left-hand side of its slim frame, and we don’t see much of those in tablets these days. According to reports, Lenovo has also equipped the new Xiaoxin Pad Pro with a 13 MP primary camera, a 5 MP ultra-wide-angle sensor, and an 8 MP selfie camera.

We also know, courtesy of Digital Chat Solution that the tablet has a ToF camera, presumably to provide depth of field information for improving image quality. Information on the camera will be provided later as soon as more information is available.

Digital Chat Station adds that the tablet relies on a Snapdragon 870 and a 10,200 mAh battery that it can recharge at 45 W. However, reports suggest that Lenovo plans to include only a 30 W charger in the box, and also that the tablet weighs only 565 g and is 5.63 mm thick.

Previous articleBreaking: Zee Entertainment to merge with Sony India
Next articleDurand Cup 2021: Bengaluru FC and Delhi FC Have Advanced to the Quarterfinals, While Kerala Blasters Have been Eliminated