Lasith Malinga announces his retirement from all forms of Cricket 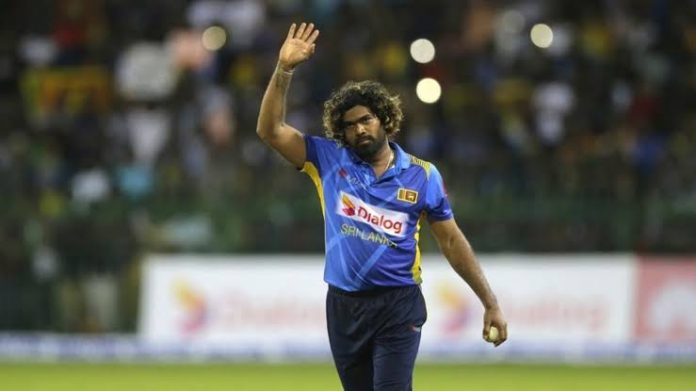 Sir Lankan legend Lasith Malinga has announced his retirement from all forms of the game on Tuesday. The Right Arm fast bowler will walk away from Cricket after a glorious 16 year period.

Widely regarded as one of the best death bowlers to have stepped in the field, Malinga is bidding farewell to the sport after playing 30 Tests, 226 Odi’s and 84 T20I matches. Slinga posted this announcement on his social media pages and also uploaded a youtube video for his fans.

The knowledge and experience I have gained over the past 17 years in national and international cricket will no longer be necessary for me on the cricket field. I will always be with our new players as well as those of you who love cricket who are working hard to move forward in cricket, to take cricket forward. Bless the Triple Gem!

Also Read: Dale Steyn announced his Retirement from all forms of Cricket yesterday on Twitter

Soon after Lasith Malinga announced on Twitter that he will retire from all forms of Cricket, his teammates and several cricketers took to Twitter and congratulated the fast bowler. Let’s take a look at some of the tweets by these cricketers.

“Congratulations on an illustrious career, Mali and all the very best for everything the future holds. It was a pleasure playing alongside you.“

“Congrats on an awesome career. Your contribution to Sri Lanka and world cricket will stand for all time. Been such a pleasure playing with you. All the very best in what you decide to do from now. So much knowledge to give. Legend !!!“

Accomplishments of Lasith Malinga throughout his Cricketing career

Lasith Malinga entered the international scene and took everyone by surprise with his uncanny bowling action. Making his test debut for the Sri Lankan side in 2004, the Right-arm fast bowler had an immediate impact as he wrecked through the dominant Australian batting order and ended the game with six wickets to his name.

Soon Malinga became a mainstay in the Sri Lankan side and helped the country win numerous matches on his own. He troubled batsmen around the world with his unorthodox action. In addition to that, he possessed a deadly yorker and bouncers in his armour which made him unplayable in the death overs. In the end, Malinga finished his international career with 101 wickets in tests, 338 in Odi’s and 107 wickets in T20i.

Subsequently, cricket fans and players across the world consider Malinga as one of the best death bowlers to have stepped in the field. The Sri Lankan pacer during his career achieved several mind-boggling accomplishments. Hence let us take a look at some of his achievements in his 18-year illustrious career.

The first bowler to pick up 100 wickets in across all three formats of international cricket (Tests, ODIs and T20Is).

Second highest wicket-taker in Men’s T20 World Cups with a record tally of 38. Malinga holds the record for the highest number of four-wicket hauls in T20.

Lasith Malinga is the first bowler to reach the 100 and 150 wicket landmark in IPL history. Moreover, he is the highest wicket taking bowler with 170 wickets to his credit.

These are some of the achievements that the Sri Lankan pacer has attained during his long career of 18 years. In the end, cricket fans will miss the slinga destroying stumps with his yorkers after this announcement.

IPL 2020: Lasith Malinga has decided to skip this year’s IPL due to personal reason