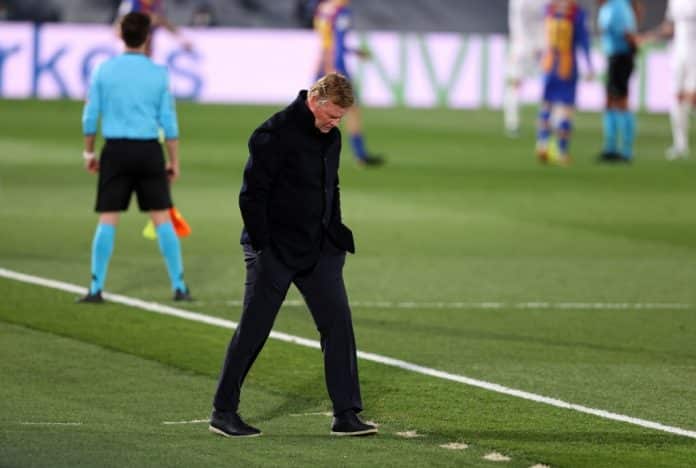 According to El Nacional Cat (h/t Planet Barca), a harsh summer can be expected if Barcelona appoint Xavi Hernandez as the replacement for Ronald Koeman.

One of the first moves that the former Barcelona midfielder has in mind is to lighten up the squad. A list of departures has already been drawn up for the Spaniard, with the likes of Luuk de Jong, Martin Braithwaite, Sergino Dest, Sergio Aguero, Samuel Umtiti, Clement Lenglet, and Phillipe Coutinho on the potential transfer list for Xavi.

Tensions have been growing between Koeman and Barcelona president Joan Laporta following their defeat to Bayern Munich in the Champions League. The Dutchman has only been in charge of the club for one complete season, and led them to the Copa del Rey at the end of the 20/21 season.

However, past glories can’t guarantee him longevity in the Barcelona dugout since the management and the fans expect the team to be victorious every time they take to the pitch. There have been cries to sack Koeman in recent weeks, and it remains to be seen whether Laporta will pull the trigger this early into the season.

Xavi intends to build a fresh young squad to work with, and also has big plans to work with Ousmane Dembele at Barcelona and help him rediscover his best form. Xavi is currently contracted to Al Sadd, and has helped win several trophies with them during his time in the Middle East.