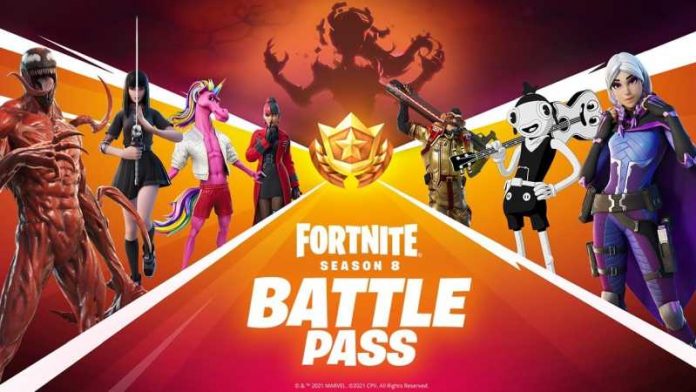 There’s only a month left for the release of Marvel’s Venom 2, however, before making their way to the big screens and wreaking havoc, the symbiotes have decided to make a pit stop to the island of Fortnite.

For its monster-themed, Fortnite Chapter 2, Season 8, the developers have added another alien menace in the form of Marvel’s Carnage and Venom. These two symbiotes have recently crashed landed on the island and are ripe for the pickings.

The Symbiotes are extraterrestrial lifeforms that can bond to individuals, regardless of species, to form a new shared entity. Though they are parasitic, they don’t always harm their hosts and often improve upon a host’s natural attributes while also granting powers like superhuman strength, healing, and the ability to form tendrils or tentacles out of their arms.

The weapons will also send out a tendril attacking and pulling enemies while dealing 60 damage in the process. A seven-second cool down prevents constant use.

Both the symbiotes will be randomly spawning at various places on the island. However, you need to be quick enough as during a match only two seem to spawn and once they are picked up by a player, they’re gone.

But there is still a way to get your hands on the symbiote and that is by taking out the one who wields it. And it is for this exact reason that it’s hard to find the symbiotes during a given match.

In other news, Fortnite Chapter 2 Season 8 will soon be getting a brand new Carnage skin. For more information stay tuned.

Previous articleIPL: Top 10 IPL Records across all seasons that have not been broken still in 2021
Next articleHow to get a Free 1 Year Extended Warranty for your OnePlus smartphone?